Greek films to feature at MIFF 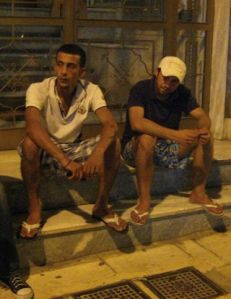 It’s that time of the year when international cinematography productions hit Melbourne, with the Melbourne International Film Festival (MIFF) to lift its curtains on 31 July.

This year, two Greek movies have made it into the selection and will be featured at MIFF.

Miss Violence, the critically acclaimed film by director Alexandros Avranas (Greece, 2013) has been described as a ‘Greek family tragedy’.

Winner of the Best Actor and Best Director awards at Venice, this immaculately crafted drama is another addition to the twisted narrative of Greek New Wave.

From the stunning opening sequence, where an 11-year-old girl jumps to her death, this is one dark journey into family dysfunction.

As Alexandros Avranas’ artfully constructed film follows the authorities’ attempts to find out why the girl committed suicide, the off-kilter behaviour of her large family reveals something very rotten at its core and, by extension, within contemporary Greek society.

With excellent performances and stark production design, Miss Violence is a chilling, overwhelming experience that firmly situates Avranas in the upper echelons of international filmmaking.

Also part of the festival is the short documentary Xenos, a joint production of Denmark, Greece and UK. Arabic director Mahdi Fleifel reveals what has happened to his friend Abu Eyad since fleeing from Lebanon through to Greece, as depicted at the conclusion of his feature documentary A World Not Ours, screened at last year’s MIFF. Xenos screens in Documentary Shorts category.

Established in 1952, the Melbourne International Film Festival (MIFF) is one of the oldest film festivals in the world and the most significant screen event in Australia. An iconic Melbourne event, the festival takes place annually in the heart of the city, presenting an acclaimed screening program alongside industry and celebratory events.