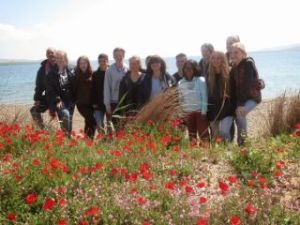 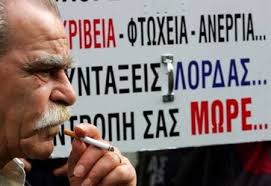 Police believe a car bomb explosion outside the Bank of Greece might have been planned by two wanted terrorists.

Police believe a car bomb explosion outside the Bank of Greece might have been planned by two wanted terrorists – the leader of Revolutionary Struggle Nikos Maziotis and November 17 convict Christodoulos Xeros, Kathimerini has learned.

Maziotis’s involvement was suspected from the beginning while the possible involvement of Xeros is being examined partly due to the fact that the car used in the blast was Japanese – a Nissan Sunny – and N17 tended to use Japanese models in their hits. A police source described the choice of vehicle as “a return to the past” and “reminiscent of an old generation of terrorists’ methodology.”

Revolutionary Struggle has claimed responsibility for several car bomb hits including at the headquarters of Citibank in Kifissia, northern Athens, in February 2009 and at the Athens Stock Exchange in September of that year. N17 claimed several hits using car bombs in 1980s and 1990s.

Xeros has been at large since January, when he violated the terms of a prison furlough, while Maziotis has been missing since July 2012, when he disappeared following his conditional release. Each has a 1-million-euro bounty on their head.

In a letter posted on an anarchist website recently Maziotis denied reports of a cooperation with Xeros.

The Greek PM insists that the markets’ positive response to last week bond’s issue is the first step toward the country emerging from its economic crisis.

After a week that saw Athens successfully tap international bond markets for the first time in four years, Prime Minister Antonis Samaras essentially ruled out the need for a third loan program for Greece, insisting that the markets’ positive response to last week bond’s issue is the first step toward the country emerging from its economic crisis.

In an article to be published in Sunday’s Kathimerini, Samaras declared that “the country’s return to the markets rebuffs [speculation] about a third memorandum,” a prospect that German Chancellor Angela Merkel was careful to leave open on a lightning visit to Athens on Friday.

“Two years ago when I was speaking about prospects and hope, the signs were not good. Few believed that we could make it,” Samaras wrote. “Now, everyone can see it: Greece is succeeding, step by step.” The premier said his priorities now were growth-boosting measures and “relief for those who have been hardest hit.”

In his article, Samaras lashed out at critics, particularly leftist SYRIZA and the neofascist Golden Dawn, which he did not name. He said democracy had been challenged by “an irresponsible opposition which tried to rally the people against the country staying in the eurozone” and by a “criminal organization” which used the parliamentary immunity of its MPs to launch “an unprecedented wave of violence.”

Meanwhile, as experts weighed the outcome of the bond issue and Merkel’s visit to Athens, sources suggested that both had been carefully considered. As regards the capital markets foray, sources told Kathimerini that it had been preceded by months of secret meetings with the final decision taken during a meeting at Samaras’s home in Kifissia, north of Athens, on the night of March 24. As for Merkel’s visit to Athens, there are said to have been doubts on both sides about whether it would be beneficial to both leaders with the decision taken at the last minute.

The head of the eurozone group of finance ministers, Jeroen Dijsselbloem, noted on Saturday that the bond issue inspired optimism but that Greece still had “a long way to go” before it could talk about a full return to the markets.

An unmanned submarine will be sent to try to find wreckage from Malaysia Airlines MH370 after signals suspected to be from the aeroplane’s black box fell silent.

In a media briefing this afternoon, Retired Air Chief Marshal Angus Houston said no acoustic trace of the black box had been detected for six days.

“We haven’t had a single detection in six days. So I guess it’s time to go underwater,” he said.

“The experts have determined that the Australian Defence vessel Ocean Shield will cease searching with the towed pinger locator later today and deploy the autonomous underwater vehicle, Bluefin-21, as soon as possible.”

“The deployment of the autonomous underwater vehicle has the potential to take us a further step towards visual identification since it offers a possible opportunity to detect debris from the aircraft on the ocean floor,” he said.

“It will take the autonomous underwater vehicle two hours to get down to the bottom of the ocean.

“It will then be on task for 16 hours. It will then take two hours to return to the surface and four hours to download and analyse the data collected.

“As I have said before, aircraft wreckage needs to be visually identified before we can say with certainty that this is the final resting place of MH370.”

Retired Air Chief Marshal Houston, charged with leading the recovery effort, says an oil slick has also been spotted in the vicinity of the search area, however it is unclear whether it is from the plane.

“I can report Ocean Shield detected an oil slick yesterday evening in her current search area,” he said.

“A sample of about two litres has been collected and we are a number of days [away] before it can be landed ashore and conclusively tested.

“I stress the source of the oil is yet to be determined but the oil slick is approximately 5,500 metres down-wind and down-sea from the vicinity of the detections picked up by the towed pinger locator on Ocean Shield.”

Retired Air Chief Marshal Houston says he is not confident about finding plane debris on the ocean surface.

“The chances of any floating material being recovered have greatly diminished and it will be appropriate to confer with Australia’s partners to decide the way ahead later this week,” he said.

No signals for almost a week

The last of the four acoustic signals detected by Ocean Shield were received last Tuesday night, fuelling an expectation that the unit’s batteries have now run out.

“Despite the lack of further detections, the four signals previously acquired taken together constitute the most promising lead we have in the search for MH370,” Retired Air Chief Marshal Houston said.

“We need to pursue this lead as far as possible.

“Analysis of the four signals has allowed the provisional definition of a reduced and manageable search area on the ocean floor.”

The aircraft vanished off radar screens on March 8 en route from Kuala Lumpur to Beijing with 239 people on board, including six Australians.

The centre of the search area is about 2,200 kilometres north-west of Perth.

Hockey:Retirement age of 70 on radar 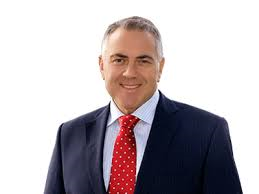 Generation X Australians should be prepared to work until age 70.

In a strong indication that the nation’s workers face an increased retirement age, Treasurer Joe Hockey, 48, admits his contemporaries will likely have to keep working until they reach their eighth decade.

“It may be the case that my generation has to work for an extra three years,” Mr Hockey told ABC TV on Sunday.

The previous Labor government raised the retirement age from 65 to 67 from 2023, but the treasurer said other countries, including the United Kingdom, are already eyeing later retirement.

“It will affect my generation. This doesn’t happen overnight.”

As life expectancy continues to grow so too must time at work to provide financial security in retirement while not draining the country’s coffers, Mr Hockey said.

He again called for a sensible discussion about funding the future quality of life for Australians as the government looks at a redesign of systems.

Opposition finance spokesman Tony Burke said blue-collar workers would be hit hardest if they are forced to work for longer.

A shift in the retirement age would be a “very big deal” for pensioners required to do physical labour for longer while sitting on small super savings.

However, asked to provide the opposition’s solution to the problem, Mr Burke said it was not for Labor to provide an alternative as it awaited the government’s first budget.

Authorities have expanded a visual search for the missing Malaysia Airlines jet as a failure to detect further signals from the plane’s black box recorders deepened concern the devices’ battery power had expired.

Four signals were heard between April 5 and 8, but no further signs have been confirmed from the pinger locator pulled by the search vessel Ocean Shield.

Two sounds heard a week ago by Ocean Shield were determined to be consistent with the signals emitted from the black boxes. Two more pings were detected in the same general area on Tuesday, but no new ones have been picked up since then.

“The battery life on the beacons is supposed to last 30 days. We’re hoping it might last 40 days. However, it’s been four or five days since the last strong pings. What they’re hoping for is to get one more, maybe two more pings so they can narrow the [search] area.”

Once officials are confident that no more sounds will be heard, a robotic submersible will be sent down to slowly scour for wreckage.

Recovering the flight data and cockpit voice recorders is essential if investigators are to solve the mystery of flight MH370, which vanished on March 8.