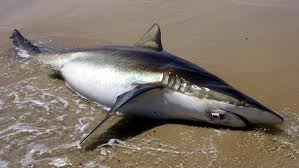 The search for missing Malaysia Airlines flight MH370 has shifted underwater, with a high-tech black box locator deployed for the first time.

The US navy’s so-called towed pinger locator is being pulled behind the Australian vessel Ocean Shield in a race against time as the battery life of the cockpit data recorder dwindles.

Former Defence Force chief Angus Houston, who is heading up the Australian-led search in the southern Indian Ocean, says a British ship with a “similar capability” will also help search efforts.

The ships are scouring a 240-kilometre underwater track, which Air Chief Marshal Houston says has been very carefully chosen and based on data that “arrived recently”.

“The area of highest probability as to where the aircraft might have entered the water is the area where the underwater search will commence,” he said.

“On best advice the locator beacon will last about a month before it ceases its transmissions, so we’re now getting pretty close to the time when it might expire.”

On Monday it will be 30 days since the jetliner lost communications and disappeared from civilian radar less than an hour into an overnight flight from Kuala Lumpur to Beijing on March 8.

The Boeing 777 was briefly picked up on military radar on the other side of Malaysia and analysis of subsequent hourly electronic “handshakes” exchanged with a satellite led investigators to conclude the plane crashed far off the West Australian coast hours later.

Sonar may help find the plane’s black box voice and data recorders that are key to unlocking what happened on the flight.

The black box is equipped with a locator beacon that transmits “pings” when underwater, but which only has an expected battery life of about 30 days.

Experts have warned the towed pinger locator may be of little use unless investigators can get a much better idea of exactly where the plane went into water, because its limited range and the slow speed at which it must be pulled behind the ship means it cannot cover large areas of ocean quickly.

Air Chief Marshal Houston says the start of the underwater search does not override the need to keep searching for surface wreckage of the plane, as a find would be the most effective way to pinpoint a sub-sea hunt.

“This is a vast area, an area that’s quite remote. We will continue the surface search for a good deal more time,” he said.

“I think there’s still a great possibility of finding something on the surface.

“There’s lots of things in aircraft that float. In previous searches life jackets have appeared which can be connected to the aircraft that was lost.”

On Friday, 10 military planes, four civilian jets and nine ships covered an area of more than 200,000 square kilometres about 1,700 kilometres west of Perth.

Britain is also sending HMS Tireless, a Trafalgar-class nuclear submarine with sonar capabilities. A Malaysian frigate is due to arrive in the search area on Saturday.

Malaysian prime minister Najib Razak on Thursday joined Prime Minister Tony Abbott in a tour of RAAF Base Pearce, near Perth, where aircrews from seven countries have been flying dozens of missions deep into the southern Indian Ocean.

Malaysian authorities have faced heavy criticism, particularly from China, for mismanaging the search, now in its fourth fruitless week. Most of the 239 people on board the flight were Chinese.

“The world expects us to do our level best, and I’m very confident we will indeed show what we can do together as a group of nations; that we want to find answers, that we want to  provide comfort to the families and we will not rest until  answers are indeed found,” Mr Najib said.

Authorities have not ruled out mechanical problems as causing the disappearance, but say all the evidence suggests the plane was deliberately diverted from its scheduled route.

Malaysia’s police chief said the investigation was focusing on the cabin crew and pilots, after clearing all 227 passengers of possible involvement in hijacking, sabotage or having personal or psychological problems that could have been connected to the disappearance.

The black boxes holding the key to the mystery of Malaysia Airlines Flight 370 will fall silent as early as this weekend, and a frantic last-chance underwater search has been started.

The plane’s data recorders emit a signal that can be detected by search ships. But the battery-powered devices stop transmitting about 30 days after a crash, so searchers have little time left.

Finding the plane once the recorders’ batteries run out would be possible but extremely difficult.

Crews yesterday started a targeted underwater hunt along a stretch of remote ocean.

The area the ships are searching was chosen based on hourly satellite signals the aircraft gave off after it vanished from radar on March 8 on a flight from Kuala Lumpur to Beijing.

It was carrying 239 people, including Perth-based NZ father of two Paul Weeks and Aucklander Ximin Wang.

Malaysia’s Prime Minister, Najib Razak, who visited the headquarters of the multinational search in Perth yesterday, promised relatives of the passengers and crew that “we will not rest until answers are found”.

Malaysian police have expanded an investigation into the missing plane to include ground crew, caterers and the farmers who picked four tonnes of mangosteens, a tropical fruit, that were in the hold.

Despite failing to find any suspicious evidence about the passengers or crew, Malaysian police chief Khalid Abu Bakar said he was confident the case would be solved.

He said police traced the mangosteens, a tangy Asian fruit with leathery skin around juicy white flesh, to an orchard in the city of Muar and examined both the farmers and the Chinese importers.

“Imagine how many people we must interview to rule out sabotage,” the police chief said.

“We tracked down who plucked the fruits, who packed and shipped them out, and who put them on the plane. Then, we had to see who was to receive them in China and who paid for it, and how much.”

Police have cleared the 227 passengers on board the flight, but are still investigating the 12 crew members.

Mr Khalid said police were examining all aspects of the flight including the caterers, who were investigated to ensure food served on the plane was not poisoned.

The Australian navy ship Ocean Shield, which is towing a US Navy signal locator, and the Royal Navy’s HMS Echo, which has underwater search gear, will search a 240km track in a desolate patch of the southern Indian Ocean, said Angus Houston, the head of a joint agency co-ordinating the search.

“The area of highest probability as to where the aircraft might have entered the water is the area where the underwater search will commence,” Mr Houston said.

“It’s on the basis of data that only arrived very recently and it’s the best data that is available.”

Also helping in the hunt is a British nuclear-powered submarine, HMS Tireless, which has advanced underwater search capability.

Australian Prime Minister Tony Abbott said Australia was “throwing everything we have” at the search.

But he also warned that “we cannot be certain of ultimate success” – a contrast to previous statements in which he pledged that if there was wreckage to be found, Australia would find it.

Selamat Omar, whose 29-year-old son, Mohammed Khairul Amri Selamat, was on the plane, told Australia’s ABC radio he was still hoping he was alive.

“After such a long time, they could not find any object [wreckage], even with the expertise of the helpers,” he said.

“We are sure that there is hope of life.”

Christine Armstrong was a strong and avid swimmer, her grieving spouse says. Her death in New South Wales was quick, he says, ‘she wouldn’t have even known what hit her.’

Struggling to keep back tears, the husband of woman killed by a bronze whaler shark in Australia told reporters Friday he is confident her death was quick and without suffering.

Rob Armstrong and his wife and friends were part of a swimming group that regularly meet at Tathra beach, a popular resort area in New South Wales.

Christine Armstrong had turned back from their morning swim, saying she was feeling tired after the couple’s recent trip to New Zealand.

“Her friends need to know I am absolutely positively certain, with all my experience, that she wouldn’t have even known what hit her,” he said, according to The Sydney Morning Herald.

He did not see the shark attack his wife.