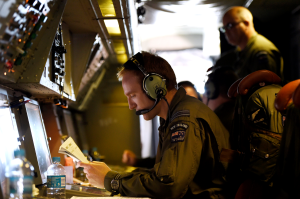 THE search for missing plane MH370 has been narrowed down to a tiny grid of 40km by 50km.

Earlier he had said the ping from the black boxes was rapidly fading But an hour ago be revealed that Australian search teams were closing in on the signal.

The Australian vessel Ocean Shield towing a US Navy device that detects black box signals has to date recorded four signals that are believed to have come from at least a black box flight recorder.

Latest indication on where the black box could be

The ocean Shield was yesterday in an area about 2200km northwest of Perth continuing sweeps of its pinger locator to detect further signals. Orion aircraft were also continuing acoustic searches.

The plane’s black boxes, or flight data and cockpit voice recorders, may hold the answers to why the aeroplane lost communications and veered so far off course when it vanished on Saturday March 8 while flying from Kuala Lumpur, Malaysia, to Beijing with 239 people on board.

Search crews are racing against time because the batteries powering the devices’ locator beacons last only about a month — and more than a month has passed since the plane disappeared. Finding the black boxes after the batteries fail will be extremely difficult because the water in the area is 4,500 meters deep.

WHY WE ALL SHOULD REMEMBER ANZAC DAY 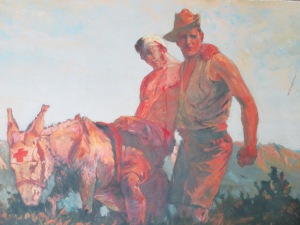 On this 99th Anniversary of the landing of the Australian and New Zealand Army Corps troops at Gallipoli, we Commemorate the event with special sadness because for the first time,

the men who made that faithful landing on the 25th of April 1915 are no longer with us.

It is therefore, that we revisit the reasons why we Commemorate ANZAC DAY, and exactly what it means to us all as a Nation and as individuals.

It is often been said that Australia came of age on the morning some 13 years after Federation.

That may be true and perhaps that is why we hold the day in such high regard in our national calendar. It certainly is not to celebrate a great Military Victory, because the landing and subsequent the Battle at GALLIPOLI was not that. The ANZAC Force was landed at the wrong place, after setting out at about 3.30am from the fleet of ships anchored off shore, on a a night so dark, not even the shoreline was visible. They initially encountered fairly light fire from the Turkish defenders, but the Turkish positions were quickly reinforced, and by mid morning the

above. At the end of that first day 2,000 Men lay dead for the gain of about six square Kilometers and any advance of scarcely one Kilometer inland, where they clung desperately to a small foothold. It was a Military disaster from any viewpoint, except for the well planned and successful evacuation which followed some eight months later.

But of course it is just not Gallipoli we remember on this day, nor is it even the First World War. This is a day set aside for us all to collectively give thanks to all those Men and Woman, who have put their lives at risk, and and in many cases paid the supreme price. We also acknowledge the losses and sacrifices of their Families. These Men and Woman did not start the Wars in which they were involved, that was the responsibility of the Government of the day and our Government is the agent of the People of Australia. The Sailors, Soldiers and Airmen and Woman therefore, were fighting of all the people of Australia.

What they did was to offer their very existence when they were told that their Country needed them. I say their Country, but it many cases, particularly in the First World War, they were doing so for a Country which was not theirs by birth or even Citizenship, for many of them had been born overseas and were Australian by Immigration.

Anzac Day is therefore a day for all Australians, regardless of religion, racial background or even place of birth. It is a day to commemorate the bravery and self-sacrifice of past and present generations. It is a day to acknowledge the selflessness of all those who have been prepared to lay down their lives for Australia so that it can be a place of freedom for all. On this ANZAC day,

we thank and recognize those who served in the First and Second World Wars, KOREA,MALAYA,

ANZAC Day is not a day for honoring War, for War is not something to be honored. War is something which is used as a last resort when diplomacy has failed and is used by a Nation to safeguard its Sovereignty.

We do however, on ANZAC Day, Honour the people of Australia who have undertaken warfare to protect that Sovereignty, no matter how distasteful it may have been to them personally and in spite of risk of losing their lives.

ANZAC Day is not merely a date, or some remote Campaign, but rather a spirit. It is a time to reflect on the qualities of past Generations of Australians who in hardship displayed courage, Discipline, self Sacrifice, self –Reliance, Resourcefulness and Friendship.

Even as the numbers of Ex-Servicemen and Women grow smaller, the spirit of ANZAC Day, which was bequeathed to us from Battlefields long ago, we will live on in our lives because it is a reflection of the very heart of our Nation.

History shows that, for a peace loving people, we have been a formidable adversary, when stirred to action and also remarkably successful at the business of war. On every occasion when Australians have been called upon to protect freedom, they have done so generously, effectively and efficiently.

Gallipoli of course stands out on ANZAC Day. At the conclusion of the War a quarter of a million Australians from a Nation of only 5 Million had been Casualties, and sixty thousand Australians had been killed, a tragic average of one person for every seventeen in our population, either dead or injured as a result of War.

ANZAC Day is more than a National Holiday, but rather a fundamental Australian tradition.

Wherever Australians or New Zealanders are to be found today, it is likely that an ANZAC Day

Service of some description is taken place. Such is the feeling that Australians have for the

The ANZAC spirit exists in each of us so therefore let us be guided by the ANZAC spirit in facing the National and personal challenges ahead, and let us strive to be worthy of their sacrifice. 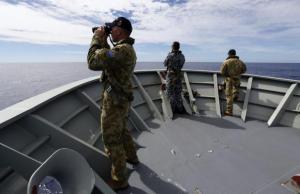 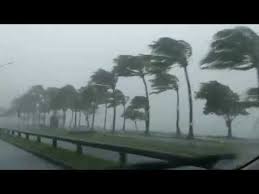 Cyclone Ita leaves 7000 without power as Queensland lashed with rain

AROUND 7000 houses remain without power after Cyclone Ita battered Queensland and authorities have warned it could be months until it is restored.

Many have taken refuge in evacuation shelters until it is safe to go home as the state continues to be lashed with heavy rain.

The Bureau of Meteorology’s Ken Kato said Ita was about 85 kilometres south of Cooktown at 1pm and was moving south about nine kilometres per hour.

It has now been downgraded from a category four to a category one cyclone.

Queensland Premier Campbell Newman warned the dangers were not over during a press conference at 11am, with risks of flash flooding as the state’s north coast continues to be lashed by driving rain.

“This is a time to stay put until things have returned to normal,” said Mr Newman.

Cookstown’s West Coast Hotel, one of the older pubs in town, lost its roof and sustained extensive damage after the cyclone hit last night.

Dave Austin, who was sleeping in the pub when the roof was torn off, said he heard a rip at about 1am.

“Then we heard this tin sliding, then the rain started coming in. Not everywhere, but in some parts. We all got wet, but not soaking,” he said.

The storm surge and resulting high tide also caused damage to the Cooktown pontoon and to homes in the area.

A house beside the museum lost parts of its roof, and the owners, who come from South Australia, said they would probably leave town.

“It’s just the last straw, really,” said the woman, who did not want to be named.

But there was relief among townspeople who found that the damage was not as bad as had been feared. There are no reports of deaths or injuries.

A family had to be rescued this morning on a flooded road just south of Cooktown.

Mr Newman warned people to avoid travelling if possible and to check for road closures.

He said he was concerned about Hopevale because the town has no landline or mobile phone connections.

An important banana plantation in the area used by the Aboriginal community could also have been affected.

North Queenslanders have been assured that the Australian and Queensland Governments will provide assistance to help them prepare for, respond to and recover from the cyclone.

Federal Minister for Justice Michael Keenan and Queensland Minister for Police, Fire and emergency Services Jack Dempsey have announced emergency assistance has been made available in the local government areas of Cairns, Cook, Douglas, Hope Vale, Mareeba and Wujal Wujal.

Cyclone warnings are current for coastal areas from Cape Melville to Cardwell, including Cooktown, Port Douglas and Cairns, and extending inland to areas including Mareeba and Chillagoe. Damaging winds with gusts to 120km/h are possible south of Cooktown to Port Douglas for a brief period this afternoon, BoM also advises.

Emergency crews have been assessing damage as the cyclone tracks south.

Ita crossed the coast near Cape Flattery, with winds near the centre up to 230km/h, at about 10pm last night. By midnight, Ita had been downgraded to category three with wind gusts of up to 117km/h recorded in Cooktown just after midnight. 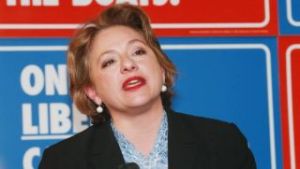 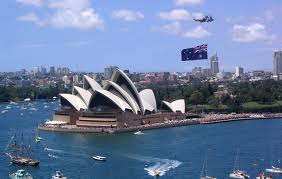