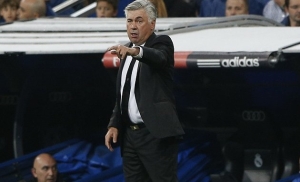 The reigning Premier League champions sacked the Portuguese on Thursday and immediately there has been plenty of speculation of who will follow him into the Stamford Bridge hot-seat.

Arsenal legend Henry has nominated former Blues boss Ancelotti to return to West London but warned Chelsea to be cautious of their next appointment at such a precarious time for the club.

“I had Ancelotti as a coach when I was at Juventus, he was a great coach, a great man,” Henry said on Sky Sports News HQ.”When he’s been coach of a team, the players love him, he’s that type of boss.

“You need to be careful, who’s available? Who’s going to want to come? Are you going short-term or long-term? Right now, you need someone to bring the fun back, the desire, the commitment that they were not bringing on the field.

“You need that happiness to win games, we all know Chelsea have some of the greatest players in this league but the commitment and desire wasn’t there.”You need that type of manager to lift the dressing room.”