The Tasmanian devil has long been known to suffer from an unusual type of cancer that can spread from animal to animal, but now researchers say the endangered species is plagued by at least two kinds of infectious cancer.

The finding suggests that Tasmanian devils are especially prone to the emergence of contagious tumors, and that transmissible cancers may arise more frequently in nature than previously thought, scientists added.

Tasmanian devils (Sarcophilus harrisii) are marsupials, like kangaroos and opossums; females have pouches to carry and suckle newborns. The furry, dog-size mammals are found only on the island of Tasmania, which sits about 150 miles (240 kilometers) south of Australia. Fossil evidence suggests that Tasmanian devils were once spread across the Australian mainland, but disappeared from the area about 400 years ago.

Devils are known for their offensive smell, disturbing screeches and viciousness while eating. These creatures became the largest living carnivorous marsupial in the world after another species, called the thylacine, or Tasmanian tiger, went extinct in 1936.

Farmers considered the devils pests to livestock, and many of the animals were killed before the species became officially protected in 1941. The Tasmanian devil is not only a key tourism icon for Tasmania, but also ecologically critical to the island’s native ecosystem.

Now, the devils are bedeviled by contagious facial tumors that kill the animals within a year of reaching maturity. The disease was first reported in 1996 at a site in northeast Tasmania. By 2007, the disease had spread across more than half of the devils’ home range. Some populations of the animal have lost up to 89 percent of their members because of this epidemic. Researchers say extinction of devils is possible unless officials can find a way to eradicate the disease.

The disease is spread through biting during fights over food and during mating. (The only other known infectious cancer that can spread through bites occurs in dogs and is known as canine transmissible venereal tumor.)

Previous research suggested that the cancer, which is called devil facial tumor disease (DFTD), originated from a genetic mutation in nerve cells in a single, female Tasmanian devil. In devils that have the disease, cancerous lesions around the mouth, face and neck grow to the point that they prevent the animals from eating, and eventually starving them to death. There are no treatments for the cancer, and it is currently 100 percent fatal.

In the new research, scientists discovered that devils are actually suffering from at least two different transmissible cancers.

This second type of transmissible cancer in devils, known as DFT2, has been detected in eight devils in southeast Tasmania. It causes facial tumors just like the disease seen before, now dubbed DFT1.

However, DFT2 is genetically distinct from DFT1. For instance, DFT2 possesses a Y chromosome, which means it came from a male and not from a female, as DFT1 did.

The researchers made the discovery when they were growing DFTD1 cells in lab dishes in order to study them, and noticed the cells were behaving slightly unusually, Woods told Live Science. “When we discovered and confirmed the second case, we were absolutely astonished. We almost didn’t believe our own work.”

It remains uncertain why devils are especially susceptible to such cancers. Previous research suggested one culprit is the extremely low level of genetic diversity in the devil population, which is due to their small numbers. Since all living devils are so genetically similar, their immune systems may not easily recognize invading tumor cells as foreigners.

Scientists are seeking to develop a vaccine to help the devils fight against DFT1, but those plans may now need an update, researchers said. “Our vaccine research may have to include this new cancer,” Woods said.

Future research investigating whether transmissible cancers are more widespread than currently thought should analyze “species that are frequently in physical contact,” Woods said.

The scientists detailed their findings online Dec. 28 in the journal Proceedings of the National Academy of Sciences.

A police car monitors traffic at the launch of the nation wide police campaign RAID in Canberra, Friday, Nov. 21, 2008. RAID (Remove All Impaired Drivers) is aimed at detecting and removing all alcohol and/or drug affected drivers from the nation’s roads in the period leading up to the Christmas and New Year holiday period. (AAP Image/Alan Porritt) NO ARCHIVING

Three separate crashes in NSW and Victoria have pushed the country’s national holiday road toll to 25.

Hours later, a 28-year-old motorcyclist died after hitting a tree in Matraville.

While in Melbourne two people were killed after their car slammed into a tree and burst into flames.

The Northern Territory is the only state or territory not to have recorded any road deaths during the holiday toll period, which began last Wednesday.

Cesc Fabregas on the way to Italy! 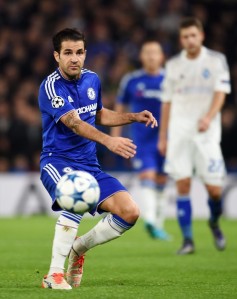 Cesc Fabregas high of last season came crashing down as he was embroiled in all kind of negativity this season around at Chelsea FC and it appears two Italian giants will be looking to land him in the summer.

The 28-year-old midfielder had a drastic change in fortunes this season for the Blues as he went from being the number one assist maker in the Premier League last season to finding himself on the bench on numerous occasions this time around.

Fabregas is even rumored to have handed in a transfer request at Chelsea FC, which would not be surprising as he has found himself in the eye of the storm during the Jose Mourinho sacking saga. He was reported as one of the players who was against the Portugese manager and was one of the trio of Blues players, including Eden Hazard and Diego Costa, who were labelled as rats and booed by their own fans following Mourinho’s departure from the club.

The former Arsenal and Barcelona player could well be on the move to Italy, as local newspapers there have suggested that he is attracting interest from Italian clubs Juventus and Internazionale and one of the two could well be his next destination, if his status in Chelsea does not change.

According to The Daily Mail, “Milan or Turin could suit the 28-year-old… Juventus lost a number of key players in the summer and with Paul Pogba constantly linked with a move to Spain, Fabregas could prove a worthy addition if he can rekindle his form.

A new and improved Inter Milan may need to prepare for Champions League football next season, with Roberto Mancini’s side currently top of the league.” 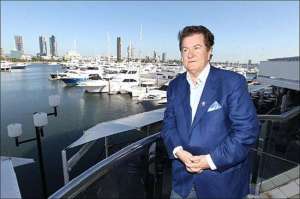 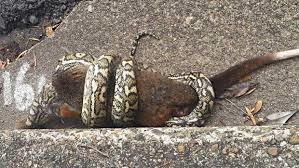 The possum was alive even with its head inside a two-metre python, Adrian Brand realised. When he reached out to touch the marsupial, its tail wrapped around his finger.

Mr Brand witnessed the conspicuous consumption in a city gutter while cycling in Brisbane about 9.30am on Boxing Day. He stopped to see what bystanders were looking at on Gladstone Road and filmed the tussle on his phone. 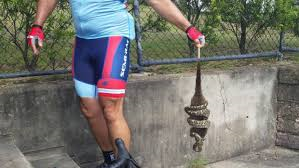 The video – now seen more than 59,000 times on YouTube – shows what appears to be a spotted python repositioning itself ahead of a long lunch. “My guess is the possum fell out of the tree,” Mr Brand said. “It would have been asleep and ambushed by the python. It was being constricted to death.”

One passing mother “freaked out”, telling her child to stay away. “I thought, ‘It’s got a possum in its mouth – it can’t hurt your kid’,” Mr Brand said.

The feast was moveable, a cyclist demonstrated after he decided it should be moved off the road. He picked the possum up by the tail, the snake still coiled tightly around it, and carted the pair away to a nearby garden.

“I would’ve happily stood there to watch the whole thing,” Mr Brand said. Born in Brisbane, he said he had never seen anything like it before.