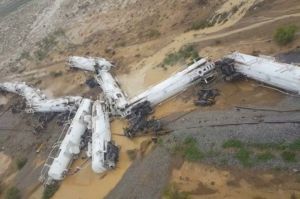 Police have arrested a man over a violent brawl outside a Sydney ice creamery and seized 150 vials of steroids allegedly found in the man’s vehicle.

The 25-year-old man was charged with affray over the vicious fight on Christmas Eve in Brighton-Le-Sands that left one man unconscious.

The brawl erupted after three men walking along the footpath of the Grand Parade approached another group of three men who were sitting at tables outside an ice cream parlour, police were told.

A verbal argument between the two groups escalated into physical blows as the men punched, kicked and used restaurant chairs as weapons, police said.

One man was knocked unconscious.

Officers conducted a search of the man’s vehicle where they allegedly found and seized 150 vials of steroids.

Police also conducted a search warrant at a home in Sans Souci and allegedly seized a number of personal items and mobile phones.

The 25-year-old man was taken to St George Police Station and charged with affray and possessing a prohibited drug. He has been granted conditional bail and is due to appear in Sutherland Local Court on 21 January.

Footage of the brawl captured by a witness shows a figure lying motionless on the pavement as a group of men continue their assault.

“He just like, one punch in the face, and he was on the floor, didn’t move. And then the other guys just went at each other,” witness Fleur McGregor told Channel Seven.

One man can be seen using a chair to club a man lying on the ground.

He was hit with a chair four times before being kicked repeatedly in the head, according to Channel Seven.

The ice cream parlour’s customers were trapped inside as the brawl continued. One employee can be seen closing the parlour’s glass front doors.

“This poor little girl at the window of the ice cream store … was terrified because of what was happening,” Ms McGregor said.

Emergency services attended the scene immediately, but most of the men involved had fled.

The man who was knocked unconscious was spoken to by police and ambulance paramedics but he declined any treatment, police said.

He was expected to make a full recovery, they said.

Police say they would still like to speak to a number of men who may be able to assist with their enquiries.

On Thursday night, police released descriptions of three men in relation to the incident.

One man was described as being of Mediterranean or Middle Eastern appearance, medium build, aged in his 20s, with short dark hair and facial stubble. At the time he was wearing a red shirt, black tracksuit pants, and white runners.

The second man was described as being of Mediterranean or Middle Eastern appearance, medium build, aged in his 20s, with short dark hair and facial stubble. At the time he was wearing light grey shorts, a grey/green T-shirt, and white runners.

The third man was described as being of Mediterranean or Middle Eastern appearance, aged in his 20s, large build with short dark hair. At the time of the incident, he was wearing a blue T-shirt, black shorts, and highlighter yellow and green runners. 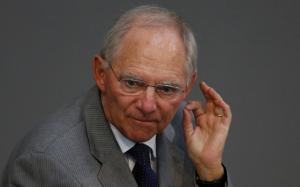 Germany’s Finance Minister Wolfgang Schaeuble criticized Greece on Sunday over the way it deals with refugees, saying Athens has ignored for years the European Union’s Dublin rules that oblige migrants to file for asylum in the first European Union (EU) country they arrive in.

Schaeuble told the Bild am Sonntag newspaper that German courts had decided some time ago that refugees were not being treated humanely in Greece and could not be sent back there, contrary to the Dublin rules.

Greece, a main gateway to Europe for migrants crossing the Aegean sea, has faced criticism from other EU governments who say it has done little to manage the flow of hundreds of thousands of people arriving on its shores.

“The Greeks should not put the blame for their problems only on others, they should also see how they can do better themselves,” said Mr Schaeuble, who has repeatedly clashed with Greek officials over economic policy this year.

In contrast to his criticism of Greece, Schaeuble sought to offer to compromise with eastern European states that have voiced reluctance to accept migrants under EU quotas.

“Solidarity doesn’t start by insulting each other,” he said. “Eastern European states will also have to take in refugees, but fewer than Germany.” The biggest migration crisis in Europe since World War Two also means that European countries will have to increase spending on the military, he said.

“We will have to spend a lot more funds for joint European defence initiatives,” Mr Schaeuble said.

“Ultimately our aim must be a joint European army. The funds that we spend on our 28 national armies could be used far more effectively together,” he said.

“For Germany, this means that we will have to support our foreign and security policies more strongly than we would perhaps like,” he said, adding the Middle East would not become stable without stronger European engagement.

Schaeuble said he also planned to top up money for development aid in order to achieve the goal of 0.7% of gross domestic product (GDP) more quickly. Germany currently spends around 0.43% of GDP on aid. 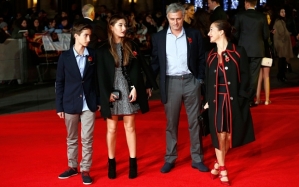 Former Chelsea manager is more inclined to wait and see how United situation develops before considering a quick return to the Bernabeu.

Jose Mourinho is resisting the temptation to explore a quick return to his former club Real Madrid as he waits to see how the situation will develop at Manchester United and elsewhere in Europe before making a final decision on his next job.

Madrid, where Mourinho left in 2013 to come back to Chelsea, have expressed an interest in bringing him back at some point, potentially as a prompt replacement for his old rival Rafa Benitez. But Mourinho is currently unwilling to revise his opinion that a swift return to Madrid would not be in the best interests of his career or his personal life.
As made clear in the statement released by his representatives CAA in the aftermath of his sacking from Chelsea this month, Mourinho is ready to work and would start immediately if he felt it was the right job. However, he left Madrid because the politics around the manager’s role – the expectation that he spent time networking with officials and media – was not to his tastes. He felt that he was obliged at Madrid to accept responsibilities far beyond the usual sphere of coaching players
There is no appetite either among Mourinho’s family – his wife Tami, daughter Matilde and son Jose junior – to return to the city. It has always been Mourinho’s view that he could have stayed beyond the three seasons he spent in Spain and that the club wanted him to do so, however fractured his relationship with some players had become. Since his sacking from Chelsea, there have been inquiries by Madrid about his future plans.

Currently third, Madrid play Real Sociedad on Wednesday and Gary Neville’s Valencia on Sunday before the winter break. They scored ten goals against Rayo Vallecano in their last league game, which followed defeat to Villarreal. As ever, the margins between what constitutes success or failure are fine indeed and Benitez’s position is by no means guaranteed over the next few weeks.

Mourinho’s attitude towards Madrid could change if it turns out that the club is his best chance of a return to elite-level football in the next six months. He could yet surprise the football world by picking a less-powerful club but the likelihood is that his return will be with one of the big names in European football.

For the meantime, Mourinho is waiting to see how events play out for his friend and former boss Louis van Gaal at United, who face Chelsea today at Old Trafford. The Portuguese coach has spent some of the previous week with friends sea-fishing off the coast near Setubal. He has now left Portugal for a family holiday.

For the first time in Mourinho’s career there is no clear next move. With the exception of his first club, Benfica, and his previous sacking at Chelsea in 2007, Mourinho has always had a job in the pipeline when he has left a club. This is relatively new territory for him and he has decided to give himself more time to make the right decision this time around.

Those close to Mourinho say that an international job is not currently on his agenda. He misses the day-to-day interaction with players and is not interested in a job where there are such long periods of inactivity. 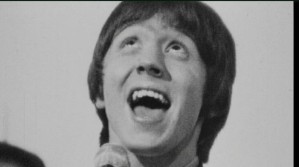 One of Australia’s best loved rock stars and the lead singer of The Easybeats, Stevie Wright, has died aged 68.

Reports of his death were first published on The Noise11 music website, which said he had fallen ill on Boxing Day and then died in Moruya Hospital on the NSW south coast on Sunday night. The hospital said it could not comment on patient matters.

Rock historian Glenn A. Baker confirmed to radio station 6PR he had been informed of the rock legend’s death.

Wright was a migrant, born in Leeds, England in 1948, he came to Australia with his family when he was nine years old, living in Melbourne first and then Sydney.

He formed The Easybeats in 1964 at the age of just 16 with a group of other young migrant teenagers – Harry Vanda, George Young, Dick Diamonde and Snowy Fleet. Within a few years the band had become one of Australia’s most popular musical groups, inspiring their own brand of Beatles-style fandom, dubbed ‘Easyfever’.

Their best known song, Friday On My Mind, reached the number one spot on the music chart in Australia in 1966, and later went on to become a top ten single in the United Kingdom, Germany, France and Italy and a top 20 hit in the United States, according to

The song was later covered by David Bowie on his Pin-Ups album.

In 1967, the band toured as the supporting act for the Rolling Stones and released several successful albums.

Wright struggled with substance abuse for decades, including an addiction to heroin, which he was introduced to to while starring in the rock opera Jesus Christ Superstar in 1972.

He underwent treatment, including now notorious ‘Deep Sleep Therapy’ at Chelmsford Hospital, which involved electric shock treatment. Dozens of patients died following the therapy, and it left its mark on Wright. He went on to suffer from alcoholism and bouts of violent psychosis.

Asked on ABC’s Australian Story whether there were things in his life he would not do again if he had the chance, Wright said “I wouldn’t pick up any hard drugs… It can destroy, it does destroy.”

He and partner Fay Walker told the program in 2013 that he had been off alcohol for 20 years and heroin for 12 years, though he now suffered from liver and kidney problems, and was a diabetic.

The Easybeats were inducted into the ARIA Hall of Fame in 2005.