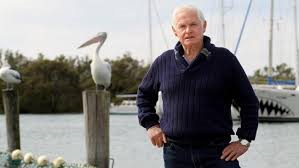 NEWCASTLE and Port Stephens will merge under maps unveiled by the state government on Friday.

The merger is a shock departure from earlier indications that Port Stephens mayor Bruce MacKenzie would escape the local government rationalisation.
Premier Mike Baird and NSW Local Government Minister Paul Toole said 20 new councils would form across the state, cutting the existing 109 down to 87.

That includes a Newcastle-Port Stephens merger and Dungog and Gloucester uniting.

Lake Macquarie, Maitland and Cessnock have all dodged a shotgun wedding.

Dungog mayor Harold Johnston is “stunned” by the news that Dungog and Gloucester are to merge under a plan released on Friday by the state government.

Both Dungog and Gloucester councils were deemed “unfit” by the Independent Pricing and Regulatory Tribunal in October.

It is a shock departure from initial plans for a Maitland-Dungog merger.

See your ad here
“I hope it comes with an extra large bucket of money to make it work.

“This is a proposal without a business case and I’m blessed to see how it will work.”

Cr Johnston said the process with now continue for another year with next year’s September council elections postponed until 2017.

“It’s another year of uncertainty for the staff so close to Christmas,” he said.

In an email to staff, Newcastle council’s interim CEO Frank Cordingley said that while the merger with Port Stephens was not directly discussed in this morning’s web hook-up, lord mayor Nuatali Nelmes confirmed it was now the government’s preferred option.

“The process is for the Office of Local Government (OLG) to appoint delegates to conduct a public enquiry in each merger location and then to report the findings to the Boundaries Commission who will review the findings and make a recommendation to the Minister for Local Government,” Mr Cordingley said.

“The public enquiry will involve consultation with the elected councils and the community.

More details of the proposed merger are due to be released at middey by the Office of Local Government.

“With respect to the position of mayors and councillors the Premier has indicated that it will be business as usual for the time being and they are encouraged to contribute to the public enquiry process,” Mr Cordingley said.

“He also indicated the intention of postponing Local Government elections for six months from September 2016 to March 2017 to provide time for the consultation processes to be conducted and resultant arrangements put in place.”

He told ABC Radio shortly after the announcement on Friday that he feared for his constituents, not himself, and said Port Stephens had been called in to help Newcastle improve.