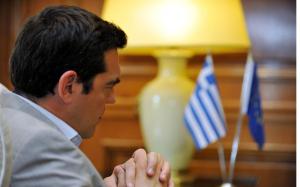 Observing the SYRIZA-led government is like watching the third sequel of the same bad movie. The script is basically identical, with just a few minor changes.

A politician craves power. His ambition, fanned by party acolytes, makes him oblivious to concerns of political stability. He forces early elections without displaying any support for radical, albeit much-needed reforms. His lavish promises are not backed by any serious plan for the day after.

The power-hungry politician sharpens the tone of rhetoric and encourages people to take to the streets in protest. He demonizes his political rivals, portraying them as soft in negotiations, as corrupt and even as traitors. The politician finally wins the elections and moves into the Maximos Mansion.

In the beginning, he feels omnipotent. Coaxed by the country’s establishment, he forms the impression that he will be treated like a king for many years to come. However, as time goes by, reality sets in and he starts to see that his past promises were in fact untenable.

Faced with no other option, he begins to take back his pledges, one by one. His old supporters begin to desert him. Every crucial parliamentary vote deals a blow on his majority. The situation inside the Maximos bunker becomes uncomfortably reminiscent of tenures past. Similar to previous occupants, he and his people come under fire from every direction. Their tactics have backfired.

Under mounting pressure, he deems he is doing what needs to be done – it’s the others who fail to see that. Behind closed doors, he may even argue that the problem lies with the country, that it’s “ungovernable.”

The ephemeral allies start to slink away as they see that their demands, in exchange for their support, are not being fulfilled. The prime minister begins to see enemies in his ranks. He turns against vested interests that used to be on his side, accusing them of being corrupt.

All of a sudden, he realizes the need for consensus. But after all the fat that has been poured onto the flames in the meantime, no one really wants to hear talk about a national plan. His throne begins to creak beneath him; the majority is drifting away and panic sets in. This is where governments usually lose control.

The screenplay is unchanged. The only thing different is the characters and the level of irresponsibility and fanaticism. I am personally fed up of seeing the same movie again and again. The one thing that frustrates me more is all those people who saw part I and II, yet failed to make any sense of theM.