Newcastle:Victoria Theatre to be restored after sale 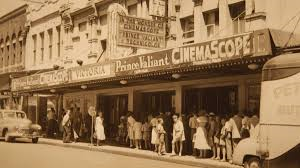 NEWCASTLE’S historic Victoria Theatre will likely be restored and revived as a grand entertainment hub after selling pre-auction to the Sydney-based Century Venues group.

The heritage-listed building was due to go to auction on Thursday, but veteran hotelier and building owner Arthur Laundy accepted an offer and exchanged contracts late on Wednesday.

The sale price has not been disclosed, but it was considerably higher than the auction’s $1 reserve and believed to be less than the $1.1 million Mr Laundy paid for it back in 2004.

Century Venues is well known in theatre circles, operating the Enmore Theatre and The Metro in Sydney, The Factory at Marrickville, The Comedy Store at Moore Park and The Vanguard at Newtown, among others.

Company boss Greg Khoury was unavailable for comment late Wednesday, but told the Newcastle Herald last week that he wanted to see the Newcastle theatre restored to its former glory.

‘‘It is a building of profound importance,’’ Mr Khoury, who inspected the building last week, said. ‘‘It is a similar scale and size to the Princess Theatre in Melbourne and would complement the Civic Theatre.’’

Built in 1890 in Perkins Street, opposite the historic David Jones building, ‘The Vic’ theatre has sat empty and boarded up since 1999. Mr Laundy’s hotel group, which also owned the neighbouring Crown and Anchor Hotel, had plans for the site but Mr Laundy recently decided to sell his Newcastle landholdings.

The last curtain was drawn on a performance at the theatre in 1966, but not before the stage had been graced by some of the country’s biggest theatrical legends including June Bronhill, Joan Hammond and Lily Langtry. 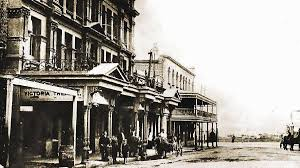 Before the sale, Mr Laundy said he saw the $1 reserve as a ‘‘philanthropic move’’ which he hoped would attract someone with enough money to restore the building to its former grandeur.

Colliers International, which handled the sale, also ‘‘donated’’ the sale marketing campaign. Agent Adam Leacy, who originally sold the building to Mr Laundy in 2004, confirmed that contracts had been exchanged.

‘‘We had some really good groups show interest in the property, but Century Venues really stood out,’’ he said.

‘‘I know that everyone, including Mr Laundy and us at Colliers, wanted a really good outcome on this sale and I think we’ve got it. It’s a great old building and I think it’s got a great future.’’

Mr Khoury told the Herald he believed the theatre could play a key role in the city’s revitalisation.

‘‘Theatres are great catalysts for urban renewal he said.

‘‘You just have to look at the Phantom (of the opera) led recover that occurred at the Princess Theatre in Melbourne. 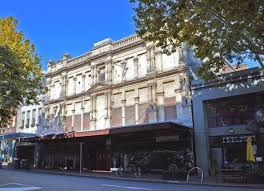 He added that Sydney’s Enmore Theatre, which he took on in the 1980s was now part of the city’s cultural landscape.

‘‘It’s been a long, slow slog, but it is now worth about $23 million in additional elective spending per year,’’ he said.

News of the sale and possible restoration will excite many in Newcastle’s theatre and entertainment industries.

One group, a collaboration of people within the city’s entertainment industry, had rallied in the hope of acquiring the theatre. Shane Bransdon, a spokesman for the Revive The Victoria Theatre Newcastle group took to Facebook to say he was ‘‘very pleased that the new owners have a track record of restoring old theatres and operating them as live performance venues’’. He said he hoped the group would be able ‘‘to share our research and be involved’’ in the theatre’s future.

The Victoria Theatre company first operated in Newcastle in 1870 before moving into the building in 1890. In its heyday, it rivalled the best theatres in Sydney and attracted huge crowds with seating for 1340 people. The theatre itself is now the oldest theatre still standing in Australia.