Greece in crisis once again 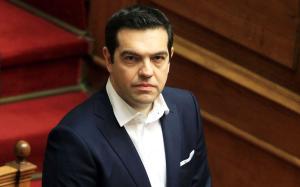 Once again, Greece is in a serious crisis, albeit one that was heralded months ago. The SYRIZA-Independent Greeks coalition government – and Prime Minister Alexis Tsipras in particular – has repeatedly claimed that it would not diverge from the terms of the deal struck in June 2015 on the basis of political criteria, with the International Monetary Fund giving its backing only reluctantly.

That “political solution” was the result of Tsipras reneging on almost every single promise he made to get into power in January 2015 and receive the support of German Chancellor Angela Merkel in exchange for acceding to the logic of the European system.

The IMF’s European chief, Poul Thomsen, in a telephone conversation with Delia Velculescu, current Fund mission chief in Greece, that was leaked last month, expressed his opposition – belatedly, of course – to that agreement and accused the Europeans of being too lenient toward Greece.

Thomsen idea was for Tsipras to be compelled to concede, as had happened repeatedly before, and for Merkel to be forced to fall in line with the IMF so that Greece would remain in the bailout program, as this is what the Bundestag had decided.

In some respects, Greece may well become the collateral damage of the disagreement between the Washington-based Fund and Berlin regarding the sustainability of the country’s debts and how this could be achieved.

That is what led to Thomsen’s proposal for a fourth memorandum in case the deal currently under negotiation fails. It seems that it is not just half the virgins that are foolish, to use a parable from the Bible, as it’s Holy Week.

Tsipras appears to be facing a mutiny, modern Kremlin watchers assure, which explains how the situation has become so politically dramatized in order to muster the support needed for the painful new deal from the government’s paper-thin parliamentary majority.

The prime minister asked for a meeting of the European Council but was told that the Eurogroup would have to convene first. Tsipras agreed and now the entire matter has been pushed back to after Easter so as not to upset the people’s holidays: everything in the service of political expediency in an agnostic society with apparent paganistic characteristics.

We do not know how the new crisis will unfold. That said, Tsipras will not hesitate to call an election or a referendum if some compromise is not reached and New Democracy’s demand that he be removed from power is satisfied. But, as things stand, woe betide the winner.