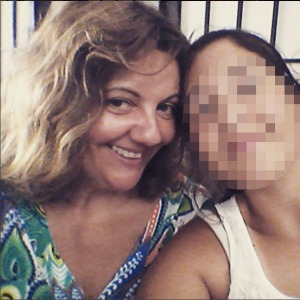 Police have arrested the partner of Tina Kontozis, who was bashed to death with a cricket bat in her Bundeena home on Sunday.

Stephen Boyd, 51, was arrested and taken into police custody at 4.55pm on Monday in Braidwood after police spotted him driving down the Kings Highway.

Police were called to the home in Beachcomber Avenue about 3.30pm on Sunday after neighbours heard fighting and screaming. It is believed Ms Kontozis, 51, was bashed to death with a cricket bat.

Police set up checkpoints and conducted an air search of bushland in the surrounding Royal National Park.

He was treated by paramedics for minor facial injuries and was taken to Queanbeyan Police Station.

More than 150 Bundeena locals gathered on Jibbon Beach on Monday evening in a moving candlelit vigil celebrating the life of Ms Kontozis. 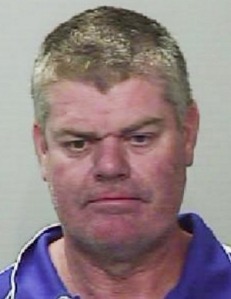 “Tonight is Tina’s night and all about love and laughing,” said local Chrissie McCann, one of the organisers of the gathering. “We are bigger than what has happened and we will overcome this.”

As forensic officers gathered evidence from the home on Monday, those affected by Ms Kontozis’s death left bouquets of flowers by the police tape cordoning off the street. “RIP Tina, a beautiful flower cut down too soon”, one card read.

Handpicked flowers were also left outside the Goanna Patch Kindergarten, where Ms Kontozis cared for a generation of Bundeena’s children.

A neighbour, Michael Vink, said the small community had been shocked by the violence, and saddened by the death of a popular resident.

“I don’t think you would find anybody that had a bad word to say about Tina,” he said. “She was delightful. We have a nine-year-old daughter who was taught by her at the preschool, as were so many children in the town. She always remembered every child by name and always had a kind word and a smile.”

Detective Chief Inspector Terry O’Neill, the Sutherland Local Area Command Crime Manager, said Mr Boyd was known to police, but would not comment on whether there was a history of domestic violence in the case.

Earlier on Monday he urged Mr Boyd to contact police, saying they had concerns for his welfare.”We have made a number of visits to friends and acquaintances of Mr Boyd in an attempt to establish where he is,” he said.

Sutherland police detectives were on their way to speak to Mr Boyd, NSW Police tweeted at 5.30pm.