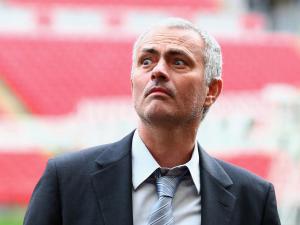 The La Liga club sacked Neville after a miserable four-month spell that saw him relieved of his duties on Wednesday, with Valencia languishing down in 14th in the La Liga table and 20 points off the top four, where they had hoped to challenge after appointing the former United defender.

Valencia appointed Neville’s assistant, Pako Ayestaran, as his temporary replacement, but The Sun reports that talks with Mourinho actually began over a month ago with a view to the Portuguese returning to Spain.

53-year-old Mourinho has been holding out for the United job since being sacked himself by Chelsea in December after the Blues made a terrible start to the season. With Louis van Gaal under pressure to salvage United’s season in the form of a top four finish, speculation remains over the Dutchman’s future, and recent reports suggest Mourinho is simply waiting in the wings before taking the role on next season.

However, the Independent understands that Mourinho is yet to receive any official offer regarding the United job, and the relationship between Mourinho’s agent, Jorge Mendes, and Valencia owner Peter Lim, suggests that a move to the east coast may not be as farfetched as it appears.

It’s added that Lim would be willing to pay Mourinho up to £15m-per-year and give him a £100m transfer budget in order to rebuild a team that has failed both Nuno and Neville this season.