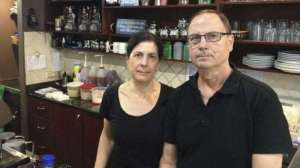 Small business to be acquiesced as part of Sydney Metro line construction.

Sydney locals Deanne and Spiro Coucouvinis have been told by officials their CBD business forms part of a demolition plan to make way for the construction of train stations along the proposed $10 billion Sydney Metro project.
Their cafe – Bar Bellino – is in a building on the corner of Elizabeth and Hunter Streets in the city, which is one of 19 in the area that will make way for the rail upgrade.
The Coucouvinis were approached during rush hour last week by two customers who turned out to be government representatives to inform them of their ill-fate.
Spiro told The Sydney Morning Herald the couple had no intention of selling their business, which they have run since 2003, and are now pessimistic about their outlook, believing the forced acquisition will not be reasonably assessed, whilst Deanne stressed they will face financial hardship as a result of the announcement.
“They’re taking away our livelihood. They can pay us the value of the business, but what about my income? How do I bring in money to pay my loans to keep myself living?” Deanne said.
“Nothing is going to happen for another 12 months but, during that time, our customer base is going to start to erode.”
Authorities stated they did everything to avoid forced buy-outs, with the buildings set to be destroyed over the next 24 months.