Melbourne:Orthodox liturgy to be delivered in English 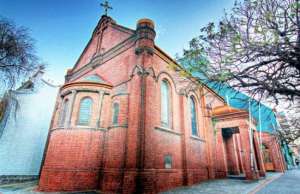 The Greek Orthodox Parish of the Annunciation of Our Lady has announced that it will be holding a divine liturgy in English once a month, with the next service set to take place on December 3.

The service, led by newly appointed priest Father Kosmas, will give second and third generation members of the Orthodox faith a chance to experience the liturgy in their first language, making it easier for them to understand and engage.

The East Melbourne church was the second Greek Orthodox Church to be erected Down Under.

Prior to its establishment, church services were run through a small hall hired by the community, with Father Athanasios Kantopoulos named the first official priest of the parish in 1898.