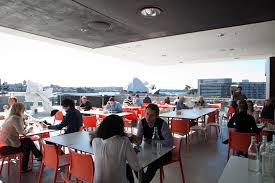 PAOK had Marc Antonio Carter scoring 18 points and Vangelis Margaritis register a career record with 16, while James Gist notched up 18 for the Greens.

This was the only league game played this weekend, with the 12th round of games scheduled for January 10-12

PAOK forced Panathinaikos’s second consecutive defeat in the Basket League on Sunday as it triumphed over the Greek champion with a 71-54 score in Thessaloniki.

In a game postponed from mid-November, PAOK was superior for virtually the entire encounter at the PAOK Sports Hall, although the Greens fought back in the second period to end the first half two points ahead (32-30).

The very tight defense of PAOK – that contained Panathinaikos to just 54 points in 40 minutes – as well as the poor shooting rate of the visitors in three-pointers and free throws allowed PAOK to edge ahead in the third period and built an unassailable lead in the last quarter. The partial score of the last period was 21-9 in the hosts’ favor.

PAOK had Marc Antonio Carter scoring 18 points and Vangelis Margaritis register a career record with 16, while James Gist notched up 18 for the Greens.

The result means that Olympiakos is alone on top of the table, one point ahead of Panathinaikos, with PAOK two points behind the Greens but also with a game in hand.

This was the only league game played this weekend, with the 12th round of games scheduled for January 10-12.

Panathinaikos had asked the Super League to bring its Sunday game at PAS Giannina forward from 7.30 p.m. to 3 p.m. due to the usually adverse conditions in the northwestern city of Giannena.

The irony is that PAS Giannina and Panathinaikos agreed to play the game at 3 p.m. on Monday after all, and the Super League could only agree to that.

PAOK and Olympiakos struggled at home against minor opposition but collected all three points over the weekend, while Panathinaikos’s game at Giannena was abandoned due to fog and will be continued on Monday.

PAOK trailed Panionios twice at Toumba but emerged victorious 3-2 on Saturday. The visitors led through Apostolos Giannou, PAOK equalized with Miguel Vitor before Panionios scored its second with a penalty kick by Dimitris Kolovos. Hedwiges Maduro pulled PAOK back on level terms and Stefanos Athanasiadis gave the league leaders victory with a spot-kick after a disputed penalty decision.

Panionios ended the game with 10 men due to the second yellow card shown to veteran Ariel Ibagaza.

Olympiakos stayed one point behind PAOK with a hard-fought 2-1 win at home against Platanias Hanion on Sunday. Delvin Ndinga scored his first goal in the Greek league to give Olympiakos the lead, but Juan Aguilera Nunez made it 1-1.

Then in a minute packed with action, the 72nd of the game, Platanias was denied a second goal by Olympiakos keeper Roberto and the champions scored their second through Costas Mitroglou.

Panathinaikos had asked the Super League to bring its Sunday game at PAS Giannina forward from 7.30 p.m. to 3 p.m. due to the usually adverse conditions in the northwestern city of Giannena. The Super League rejected that, but has now been forced to reschedule the game, actually its remaining 64 minutes, for Monday due to the thick fog that forced the abandonment of the match with the result still at 0-0.

The irony is that PAS Giannina and Panathinaikos agreed to play the game at 3 p.m. on Monday after all, and the Super League could only agree to that.

Panetolikos climbed to the fifth spot of the table through an emphatic 3-1 win at Veria that has therefore dropped to sixth.

Kalloni Lesvou held Atromitos to a goalless draw at Peristeri in the debut of Costas Katsouranis with Atromitos, while Ergotelis snatched a precious 1-1 draw at Levadiakos. Kerkyra upset Asteras Tripolis beating it 1-0 on Corfu.

Xanthi hosts Panthrakikos in the Thrace derby on Monday, while OFI collected all three points from its fixture with Niki, as the Volos club decided to withdraw from the Super League. 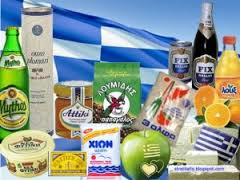 Greek exports to Australia have grown by more than 30 per cent in the last year. With big gains in the food and beverage industry, demand for all things Greek is getting stronger.

Australia is a harsh landscape for exporters.

Exporters have to battle a marketplace deeply entrenched with local products, consumers who have immense pride in purchasing locally and cashed up multinationals reaping in whatever market share is left.

So, for a tiny Greek exporter hoping to make it in the Australian market, they have to seriously contemplate their investment.

While having Greek products on Australian shelves is nothing new thanks to the wave of migration in the ‘50s and ‘60s, what we’re seeing now is a thirst for some alternative products to join the established range.

Three of the biggest exports from Greece to Australia this year were pharmaceutical products, building materials like aluminium and marble, and of course, food and beverage products.

More than $160 million worth of exports hit our shores, bringing quality, Greek-made products to a hungry Australian market.

In the first nine months of the year, Greek exports to Australia have jumped more than 30 per cent.

Over the past six years, the amount of exports hitting Australian shores from Greece has more than doubled.

The health of the industry seems to be improving, the Greek state commissioner for trade in Australia, Vaianos Oreopoulos-Kelenis says.

“For many years the exports had been stagnant, and only recently we can see that there’s something good going, especially in the food and beverage industry,” he tells Neos Kosmos.

“The span of the importers’ range has increased, we don’t have the traditional Greek Australian importers of the past, we’ve got new stuff.”

Areas of new interest include alcoholic drinks, with a 2 per cent rise in new exporters jumping into the Australian market.

Beverages, spirits and vinegars saw an 18 per cent rise in exports, with close to AUD $3 million worth of product hitting Australian shores in the first nine months of the year.

Mr Oreopoulos-Kelenis says there’s still a lot more that Greece can do to enter the food and beverage market in Australia.

He believes this area is being underutilised, and can be harnessed by getting more exporters and local distributors connected.

“I will facilitate an exhibition of about 20 importers from here to go to Greece in March, free of charge, travel and accommodation free for four days to attend an exhibition, the Greek Food Expo, to get an idea of the new Greek products available,” he says.

The initiative is to capitalise on the work being done at local exhibitions like the Fine Food Expo and the Design Build Expo, while also tapping into the Thessaloniki International Trade Fair.

But, as helpful as getting more Greek and Australian participation in the festivals can be, there are still numerous hurdles Greek exporters and local distributors face in the Australian market.

Price discrepancy has hindered many sales of Greek products, and a lack of education also gives credence to more inferior products.

Distributors are free to charge what they think a fair price for their product and there is no control as to what the shops selling the products charge, meaning that for the same products, customers will see huge spikes in price.

“Point of sale price ranges widely,” Mr Oreopoulos-Kelenis admits.
“Particularly the Dodoni feta 1kg packet, I’ve found it between $16 and $30, which is huge.
“There are also fake products that are cheaper, like feta which comes from Denmark or Italy.
“To the eyes of the consumers, they don’t know what to do, they don’t want to buy it.”
He would like to see the distributors and the importers have a common strategy and charge competitive pricing for all point of sale businesses.
What is also hurting imported product sales is the reality that many families see imported products as luxuries, and as such buy them only occasionally.
According to figures obtained by the NSW Greek consulate, a family will spend no more than $26 dollars a month on buying imported products, and with a wide range to choose from, Greek products will only account for a small portion of that spend.

While Australia can bank on a large Greek Australian population to boost sales, the only way for a product to become really successful is to break into the mainstream market.

That is where many distributors fail.

Without a budget to market their products and not much help from a economically crippled Greece, many Greek products remain untouched.

“A lot of local importers are complaining that they have to do all their marketing themselves.”

Considering getting a product into a supermarket leaflet costs upwards of $20,000, it’s hard to see how a sole importer can keep up with costs like that.

But while there are many challenges facing these importers, the knowledge that they are bringing a unique and quality product to a new market should give them hope.

Australians are more choosy when it comes to what to put on their dinner table, and with many Greek products adapting to the tastes and interests of the buying public, there’s a chance that shoppers can be converted to a Greek product.

Mr Oreopoulos-Kelenis wants to see the $26 a month spend on imported products double or triple in his time at the Consulate, but is realistic about what can be achieved in a short time.

He hopes more cohesion with distributors, more funds allocated to marketing and Greece stepping up its international export interests will make for a better importing landscape.

Snapshot of Greek exports to Australia