Brendan Rodgers has called on his Liverpool side to cut out the mistakes ahead of Saturday’s Barclays Premier League match at Sunderland.

Liverpool progressed to the fourth round of the FA Cup on Monday with a 2-1 win at AFC Wimbledon on Monday and have lost just one of their last 12 matches in all competitions. They made life difficult for themselves against the League Two side as Wimbledon equalised from a corner after Steven Gerrard had given Liverpool the lead.

Rodgers’ side have been guilty of switching off on several occasions in 2014-15 and the Northern Irishman knows they can ill-afford to keep making errors as they attempt to recover from a disappointing first half of the season.

“In any game of football, no matter how dominant you are, there’s always a period of pressure that you will come under,” he said. “It doesn’t matter if you have the ball a lot of the game, you still have to defend at some points in that game and, of course, you have to remain calm.

“For us, the single biggest thing has been mistakes. It’s not so much structurally, we have a tendency at times to make mistakes and that ultimately has cost us. That’s something that we work hard on and we look to eradicate from the game. From the Crystal Palace game [when Liverpool lost 3-1 in November], we needed to change. We needed to get back our model of work and from that, we’ve slowly got back to a decent level again.

“There’s still a lot of work to do. But part of that is ensuring that we don’t give away silly goals. That’s something that every coach or manager will tell you is continuous.”

Liverpool were held to a goalless draw by Sunderland when the two sides met at Anfield last month, but Rodgers expects Gus Poyet’s side to show more ambition at the Stadium of Light.

“They’re very difficult to break down, they get a lot of numbers behind the ball,” he said. “They close the space up and you have to work really hard and well to try to find the gaps to get in.

“It will be slightly different at home. They will be the home team and they will want to go on the offensive a little bit more. But they have good players and they have shown over the course of the season so far with a lot of draws that they are hard to break down, but that’s our job to go there and look to put in a performance that gets the three points.”

Gerrard, who got both goals against Wimbledon, has scored four in his last two matches and will be hoping to continue his rich vein of form if Rodgers opts to start the Liverpool who announced his intention to join the LA Galaxy in the summer.

Daniel Sturridge (thigh) is due to return from the United States before the weekend, while Joe Allen (knee) could be back in contention. Sunderland beat Leeds United 1-0 in the FA Cup last Sunday, but are without a win in three top-flight matches. Their defender, Sebastian Coates, is ineligible to face his parent club, while Poyet has injury concerns over Lee Cattermole (groin), Jack Rodwell (hamstring) and Anthony Reveillere (calf). 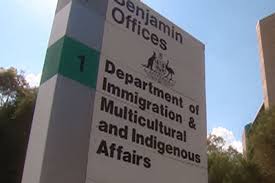 The South Koreans dominated the game with better techniques and buildups, and a solid Oman defence fought very hard to deal with the Taegeuk Warriors, but the stalemate was not break until the injury time of the first half.

Forward Cho Young Cheol made a timely slide-in from close range to beat an in-form Al Habsi after Koo Ja Cheol’s angled shot from the edge of box was saved by the Omani ace keeper.

Oman nearly seized a last gasp equaliser in the dying minutes before the final whistle, but substitute striker Imad Al Hosni’s unstoppable header following a corner was touched by Kim Jin Hyeon before hit the bar.

South Korea’s head coach Uli Stielike deployed a 4-2-3-1 formation with his major players all in the starting lineup, while Oman boss Paul Le Guen used a 5-4-1 defensive one. The South Koreans controlled the ryhthm from the very beginning.

Koo Ja Cheol’s 6 minute low drive was denied by a focused Habsi, before Son Heungmin ratteled the crossbar with a lob shot from a tight angle inside the area following a long pass from the midfield.

Habsi was Oman’s hero undoubtedly, he parried anthor two shots in the first half, including tipped over a clumsy header from his teammate to avoid an own goal and denying a direct freekick.

Oman rallied after the interval and pushed up more than they did in the first half. Although the game is still under the Taegeuk’s rhythm, Oman can produce some threats on the basis of counter-attack.

33-year-old Habsi still attracted the limelight, he denied Koo’s bullet header in the 57th minute to keep hopes of equalising the score for his side. However, the Omani attacking power was not enough to break through the South Korean defence.