Liverpool looking for a star striker 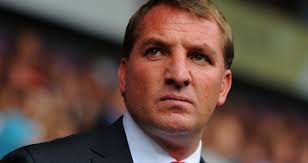 Monaco sharpshooter Radamel Falcao and disgruntled Paris Saint-Germain forward Edinson Cavani have both been linked to Liverpool, who are on the lookout for a replacement for Luis Suarez.

New recruit Rickie Lambert and Daniel Sturridge are the only two recognised strikers at Anfield and the Liverpool boss said he is determined to land a leading marksman, even if it means deadline-day madness on 1 September.

“The money is there – and we will look to improve at the top end of the field until the very end of the window,” Rodgers told reporters ahead of Sunday’s (10.30pm AEST) Premier League opener against Southampton at Anfield.

“It’s not easy to get a top level striker, no. But we have to keep looking. We certainly need something, because we haven’t brought in another striker so far, apart from Rickie Lambert. “You just never know what will happen in that last week – the window will always throw up something.

“We will persevere, and the boys are working hard behind the scenes to see what information we can get on the availability of players.” Liverpool also secured the services of young striker Divock Origi but the Belgium international will remain on loan at Lille for the 2014-2015 season.