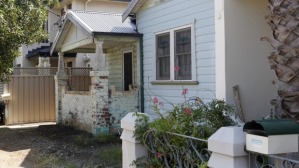 A man has been charged with murder after he allegedly confronted a burglar who broke into his house on Saturday morning and left the man with fatal injuries.

Police say 34-year-old Richard James Slater, known as Ricky, broke into a house in the Newcastle suburb of Hamilton at 3.30am on Saturday and was discovered by two men.

It is believed one man lived at the Cleary Street home with his young family, while the other man was his friend.

A fight broke out when the pair confronted Mr Slater and they subsequently “detained” him to try to stop him from leaving, police say.

When officers arrived, they found Mr Slater unconscious and “unresponsive”.

He was rushed to John Hunter Hospital in a critical condition and placed onto life support, but died at 11.30am on Sunday when his life support was switched off.

Mr Slater was recently released from jail after he successfully appealed and overturned several convictions relating to aggravated break and enter offences in the Newcastle area.

“Police investigations are continuing,” he said.

The man who lived at the house, aged 33, was treated for facial injuries at John Hunter Hospital on Saturday.

However, this charge was upgraded to murder at 5pm on Sunday when the man handed himself in to police following news Mr Slater had died.

He was refused bail and will face Newcastle Court on Monday.

The other man who allegedly helped detain Mr Slater has spoken to police and has not been charged.

A report will be prepared for the Coroner.