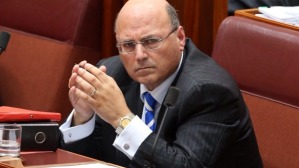 Why Greek Easter is on a different day

Once every few years, however, the days coincide, but this is the exception and not the rule

By now it’s likely you’ve realised that Greek Easter doesn’t usually fall on the same day as everyone else’s.

This year Orthodox Easter falls on 1 May while every other Christian is celebrating Easter tomorrow, and there’s a good reason for that.

The Orthodox Christian Church calculates the date of Easter differently to other Christian denominations; it’s not merely done to confuse everyone. But every now and then, the two methods result in both Easters falling on the same date.

In the case of the Greek Church, they go by the Julian calendar, rather than the Gregorian calendar. This is the calendar that was officially implemented by Julius Caesar and was in use primarily between 45BC and AD1582, and was therefore used when the Orthodox Church was initially set up. Though much of the world now uses the Gregorian calendar, which replaced the Julian calendar, the custom has remained to use it to calculate the date of Easter, which is one of the reasons why Orthodox Easter often falls on a different date.

In the Bible, all of these events took place after Passover. There is some debate among scholars as to whether or not the Last Supper was actually a Passover meal. However, in the Orthodox Church, it is acknowledged that Jesus and his disciples shared this Passover meal together.

Through this meal, Jesus established the Holy Eucharist, thus transforming the custom from a Jewish one to a Christian one. As you may recall, this meal happened shortly before Jesus was arrested. Judas sat at that supper table knowing that he had betrayed Jesus and that his arrest was inevitable.

Note that Passover falls at a different time each year, which is another reason why the date for Easter varies.

With all this in mind, it’s easy to see why calculating the date of Greek Easter can be a difficult task and is the main reason why Eastern and Western Easter often fall on different days.

Once every few years, however, the days coincide, but this is the exception and not the rule.

When he was Barcelona coach, Guardiola said on Cruyff, “Johan is the most influential person in European football in the last 40 or 50 years there is no single person who has changed the mentality and style of play of two impressive clubs such as Ajax & FC Barcelona such as him. Johan made as massive contribution as a player and manager at both clubs.”

”The current Barcelona team that has dominated European and World football the last 15 years cannot be separated by the arrival of Johan Cruyff.

“Would we be able to understand the current Barcelona style of play without Cruyff? Impossible. Naturally we have players such as Messi , Xavi and Iniesta but they are attached to the idea that Johan Cruyff set up.

”There is nobody who has given so much as a player and a manager Johan changed the mentality of Barcelona and Catalonia and the Spanish league. He helped us to understand the game more.

”Yes we appreciate him for the trophies that he won us and there are also other managers that have won more in their career than him for example me, Capello, Sacchi and Mourinho we become judged on the trophies that we win but for him it is his legacy with his style of play that he set up.

”You come somewhere and introduce an idea and maintain it for 20 years that can only be the work of an absolute genius with a strong idea of where you want to go and even in the bad times to continue to play the same way.

”It is thanks to Johan Cruyff that Barcelona are where they are today also the influence that he had on me in my career as a footballer he was one of the most important people in my life on a professional level.

“He was generous in about thinking of others and dedicating his time to them in terms of his knowledge and opinion. I have been very lucky to have him as my manager and a friend ”.