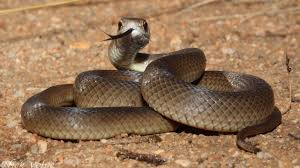 THE tragic death of a young girl in Walgett at the weekend has prompted emergency services to remind people of the danger poised by snake bites.

About 3pm on Friday, a six-year-old girl was bitten by a brown snake on a property near the north-western town.

The girl was taken to Walgett Hospital for treatment, where doctors administered anti-venom.

She was later airlifted to Sydney Children’s Hospital where she was placed on life support.

After the girl’s condition significantly deteriorated, she was transferred back to Walgett Hospital where she passed away on Saturday.

The girl did not know she had been bitten until several hours later when she was almost comatose, the shire’s deputy mayor says.

“I believe the family didn’t know she’d been bitten and, by the time they’d realised, she was comatose,” Walgett Shire deputy mayor Jane Keir said.

Cr Keir said she believed the girl trod on the snake while outside on her family’s property, about 25 kilometres from the Walgett township.

See your ad here
She was suffocating by the time she was admitted to hospital and the family wasn’t able to identify what snake bit her because no one saw it, Cr Keir said.

NSW Ambulance has now issued a timely reminder to local residents and the wider community, in light of this tragic incident, to be wary of snakes in warmer months.

Heatwave conditions similar to those being experienced across NSW at the moment, make the movements of snakes more prevalent.

If you are bitten by a snake, ensure someone calls Triple Zero (000) immediately;
Until help arrives, if the bite is on a limb, apply a pressure immobilisation bandage but not so tight it will cut off circulation;

If the bite is not on a limb, apply direct and firm pressure to the bite site with your hands (it is also important the patient is kept still); and,

Check items of clothing that have been left outside before wearing them and if you lift something such as a rock or log, lift the object so it’s facing away from you.