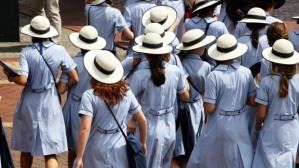 The public funding for some of Sydney’s most expensive private schools has increased at twice the rate of many of the state’s poorest schools, new analysis of the latest MySchool data reveals.

Trevor Cobbold, a former economist for the Australian Productivity Commission and convener of the Save Our Schools public education advocacy group, analysed the data and found the average funding increase per student for 14 selected private schools was 23 per cent from 2009 to 2013.

For 15 of the most disadvantaged public schools in NSW the average increase per student was 11 per cent over the same period, the report says.

“In NSW, government funding for Meriden School increased by 29 per cent; Ravenswood by 28 per cent; St Andrew’s Cathedral School by 26 per cent; and for Ascham, Kincoppal Rose Bay, The King’s School and Trinity Grammar by 24 per cent,” the report says.

“Funding increases for many disadvantaged schools have matched those for the selected elite private schools and, in many cases, have exceeded them. On the other hand, many elite schools have received smaller increases than their counterparts selected here,” Mr Cobbold said.

Mr Cobbold looked at government funding levels for some of the most expensive private schools in NSW, where 80 per cent of students were from the highest socio-educational advantage (SEA) quartile and one per cent were from the lowest quartile.

In the disadvantaged schools, 62 per cent of students were from the lowest quartile and 3 per cent from the top quartile.

A spokesman for the federal education minister Simon Birmingham said the Commonwealth’s funding per student in government schools had grown at more than three times the rate of per student funding in the non-government sector in the 10 years to 2013-14.

Jennifer Buckingham, a research fellow at the free market think tank the Centre for Independent Studies, said funding increases in each sector were from different bases.