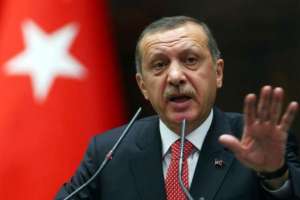 Journalist persecutions under terrorist charges soared prior to the elections that gave Erdogan a sweeping mandate, states the global organisation of the world’s news publishers.

The Turkish government was reprimanded last week, for its hard-line stance against independent media, by the World Association of Newspapers and News Publishers (WAN-IFRA). In its statement, the Board of WAN-IFRA condemns Turkey for what is described as a “systematic campaign to attack and intimidate the press as a means o silencing criticism and marginalising opposition voices”.

While acknowledging the release from jail of two journalists (VICE News reporters Jake Hanrahan and Philip Pendlebury), the statements notes another one, Mohammed Ismael Rasool remains in jail, charged with aiding terrorism through his work and calls for his release and the drop of the charges.

Mr. Rasool is only one of the many journalists faced with terrorism charges, over the summer months, in what is described as a systematic ‘criminalisation of journalism’, especially when it represents dissent – the Editor-in-Chief and Ankara Bureau Chief of the daily paper Cumhuriyet, Can Dundar and Erdem Gul, are also incarcerated.

The WAN-IFRA release describes a climate of fear an intimidation amongst the press in Turkey, established through “regular court cases and an increase in police raids against media houses”, stating as examples the assault on journalist Ahmen Hakan Coskun and on the Daily Hurriyet newspaper; another attack, on Ipek Media Group resulted to the installation of pro-government sympathisers at its helm.

Turkish President Recep Tayip Erdogan is personally stated as responsible for this policy, which was intensified ahead of the November elections that he won by a landslide. The WAN-IFRA warns that this policy is “fundamentally undermining the democratic foundations of Turkish society” and calls for global solidarity with the Turkish press to create international awareness for the issue. It is telling that the Erdogan government refused to grant press accreditations to journalists from critical media outlets to cover the G20 summit in Antalya.

Reminding President Erdogan of Turkey’s obligations as a signatory to international conventions regarding freedom of expression, the board of WAN-IFRA calls on Turkey’s international partners to do more to pressure President Erdoğan’s government into guaranteeing an environment that better protects media freedom and the independence of journalists.