New system for asset declaration to apply in Greece from 2016 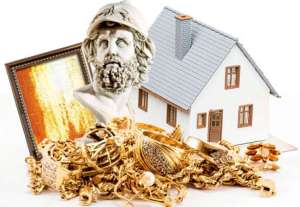 Taxpayers will be required to declare cash, jewels to create a national asset inventory.

A new tax form is about to be introduced in Greece from January 2016, for those required to declare their assets. The new system will call for the mandatory declaration of any cash more than €15,000 ($22,354) kept outside of bank accounts and safety deposit boxes, as well as jewellery, precious metals and stones valued for more than €30,000 ($44,715).
Co-signed by Minister of Finances Euclid Tsakalotos and the deputy minister of justice, in charge of anti-corruption policy, Dimitris Papaggelopoulos, this joint ministerial decision is believed to be the first step towards the creation of an electronic National Asset Inventory, which will apply to all taxpayers. For the time being, only members of parliament, civil servants and journalists are required to present an asset declaration, through the laws that demand their income transparency.
The Declaration of Assets electronic form will be introduced to the Taxisnet systems from 1 January 2016, and it will affect thousands of taxpayers. The announcement has already sparked controversy in Greece and abroad, among concerns about safety and regulation. The new rules on tax self-assessment could raise some much-needed cash, as their justification has been made on grounds of “support and development of the Greek economy”, but critics state that the plan could backfire.
Speaking to CNBC, Greek-born Philip Ammerman, co-founder of London-based investment advisory Navigator Consulting Group, expressed his belief that there is no way any Greeks “in their right minds” would declare any form of liquid asset, particularly assets that are already out of the banking system and at home.
Addressing concerns, the Deputy Minister of Finances Trifon Alexiadis told the Greek News Agency (AMPE) that a lot of the details of the plan have been exaggerated by the Greek media. Trying to end confusion, he assured taxpayers that the Declaration of Assets will apply to bonds, stocks and offshore bank accounts, “not the occasional gold sterling pound that a grandmother has passed on to her grandchildren”.