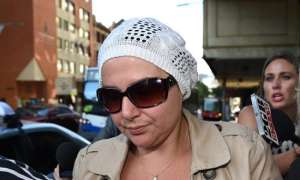 The former partner of Sydney siege gunman Man Haron Monis believed he was “spiritually superior” and was so besotted with him, she killed his ex-wife to please him, NSW prosecutors will allege.

Amirah Droudis, 36, has pleaded not guilty to the murder of Monis’ former wife Noleen Pal, who was stabbed and set alight at a Werrington apartment block in Sydney’s west in 2013.

The NSW Supreme Court heard allegations on Thursday that Monis instigated the murder and that Droudis, his then girlfriend, was the killer.

The judge-only trial is expected to begin next August but the case returns to court on Friday for a specific start date to be determined.