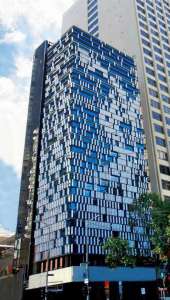 The Greek Orthodox Community of Melbourne and Victoria (GOCMV) has announced it will conduct its Αnnual General Meeting (AGM) in December.

Among a list of agenda items, the AGM will consider names of candidates for its new board, as well as reports from the president and treasurer.

Current president Bill Papastergiadis told Neos Kosmos he will be running for his position again, along with a board made up largely by current members, and said he was pleased with the organisation’s fiscal figures, despite it being without an income for two years.

“We’ve got an accounting profit of about $5 million but in my view what it should reveal … if you strictly look at the figures we’re running at a slight loss last year, which we foreshadowed,” he said.

“We’ve got a loss of about a $200,000 figure, which is lower than we expected, but it’s lower because of the extraordinary efforts that we’ve all put in in terms of fundraising and also cost-cutting during a period when the Greek Community has been without any income.”

With the GOCMV’s new Lonsdale Street building largely leased, Papastergiadis expects the Community to be profitable within a short period.

He also paid tribute to the organisations who have supported the Community over the last two years.

“Well over 50 organisations have made a number of donations to us, which demonstrates the solidarity within the Greek community generally and also their confidence in our organisation and its leadership and their respect towards the organisation as well.”

Active AGM participants are required to have been members of the GOCMV for a period of not less than six months.