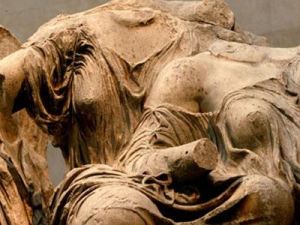 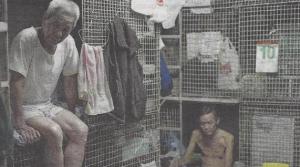 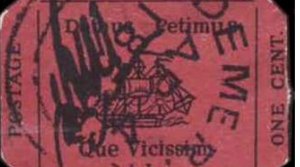 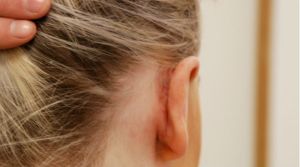 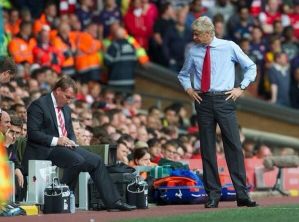 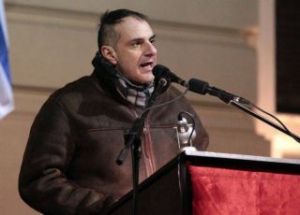 Fearing a ban, neo-Nazis prepare to fight elections under a new name.

Golden Dawn, whose leader, deputy leader and four other MPs are in prison on remand pending trial on charges of forming a criminal organisation, has said it has another party ready to take its place should it be banned from running in May’s European Parliament and local government elections. The surrogate organisation, called National Dawn (Ethniki Avgi), was registered as a political party at the Areios Pagos, the country’s supreme court, late last month.

The new extremist party made its first public appearance at a recent rally organised to mark the 18th anniversary of the Imia islet crisis with Turkey in which three members of the Greek armed forces were killed when their helicopter crashed.

The replacement party is headed by retired fire service officer Stavros Krikos, 50, who unsuccessfully ran for parliament with Golden Dawn in 2012 for the electorate of Piraeus.

“National Dawn is ready to express the will of millions of Greek nationalists. Our party was founded by Greek patriots who are opposed to the anti-patriotic bailout policies and the illegal political prosecution of those who stand up to people handing the country over to foreign profiteers,” Krikos told the Imia rally. “There is another Greece which lives in the same country: the Greece of honour and national dignity. The crime of the Greek nationalists is to display the love for their country in a meaningful way. That is something that cannot be forgiven by the corrupt regime of the rich few.”

According to the one entry on his blog, Krikos joined the fire service in 1987 and resigned 22 years later, in 2009. Krikos was one of 206 backers of the party who signed its founding charter. He was introduced to the Imia rally by Golden Dawn MP Ilias Kasidiaris.

National Dawn’s emblem consists of a capital E surrounded by a circular meander design. The meander, an ancient Greek symbol reminiscent of a swastika, is also used by Golden Dawn as its symbol.

Its constitution is similar to that of Golden Dawn, except that the leader is referred to as a president rather than a general secretary. In addition, the new party makes no reference to the position of party cell leader, or pyrinarchis, a term that gained notoriety following the murder of hip hop artist Pavlos Fyssas last September by a self-confessed Golden Dawn sympathiser. One local pyrinarchis, Yiorgos Patelis, has been charged in relation to the murder. Also missing is the commitment to organise ‘Greeks-only’ soup kitchens.

The surrogate party has not established a presence on the internet or social media.

National curriculum’s Greek ready by May 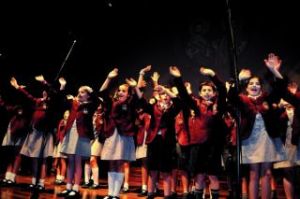 It has taken four years for the national curriculum to introduce Greek, and by mid-year the program will be ready.

The Greek community heralded the inclusion of Greek in the national curriculum in 2010 as one of the best advancements for the language.

It’s no secret dwindling student numbers have almost sealed the language’s fate in our schools.

Yet, with the national curriculum giving it a lifeline and opening it up in our schools to all interested in learning the language (not just children of Greek descent), many thought their prayers would be answered.

The program still hasn’t even reached our classrooms.

It’s been a slow process organising a full national curriculum. Only now are schools introducing English, Mathematics, History, Science and Geography to the syllabus.

Languages are the next programs to hit the schools, but with a finish date of May, many subjects won’t be taught in the classroom till next year, and that’s if the national curriculum gets past a review.

The Australian Curriculum, Assessment and Reporting Authority (ACARA) that has dealt with the creation and implementation of the curriculum has told Neos Kosmos it will be finished with the Greek language program by May and will be awaiting approval till June.

“The modern Greek languages curriculum is in its final stages of development and forms part of the suite of languages being developed by ACARA,” the Authority said in a statement.

“The decision on what languages will be taught is the decision of jurisdictions and schools.”

The draft of the Modern Greek program was released for consultation in May and July last year, and contains two program streams, one for foundation to year 10 and one for year seven entry till year 10.

It has taken years of planning, workshopping and discussions to settle on what should and shouldn’t be taught.

The language program will also include a history lesson on Greece and its Australian connection through migration.

Local history and influences will also be heavily used in the curriculum, including the way Greek architecture has been incorporated in Australian buildings, Greeks in sport and entertainment and the Greek media in Australia.

An oral program will heavily make use of students’ peers, and involve them in role plays.

In its review process, Greek teachers around the country were given a chance to have their say on the program.

Also included in the national curriculum is Arabic, Vietnamese, French, German, Indonesian, Italian, Japanese, Korean, Spanish and Chinese. If the language process is successful, ACARA is also hoping to include classical languages (Ancient Greek and Latin), Hindi and Turkish to offer students and schools more choice based on their demographic.

But, the whole process of the national curriculum might be derailed by a review to be released in July from the Abbott government.

Education Minister Christopher Pyne says the review will be implemented in the hopes it will create a “balanced” curriculum. Prime Minister Tony Abbott has been a strong critic of the Labor implemented curriculum that he says contains leftist views.

The review will start with four subjects: English, Mathematics, History and Geography. No word yet on whether the review will follow on with the languages program. 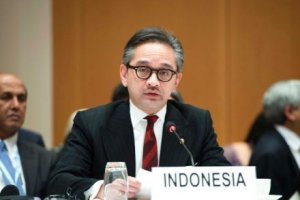 Indonesia says it will raise the Abbott Government’s asylum-seeker policy with the United States, during an official visit next week.

Indonesia says it will raise the Abbott Government’s asylum seeker policy with the United States, during an official visit next week.

Jakarta has stepped up its protest to the policy, and called in the Australian ambassador in Jakarta for a meeting with a senior official.

Indonesia’s foreign affairs minister Marty Natalegawa has told local reporters that a strong protest message was given to the Australian Ambassador Greg Moriarty on Tuesday over the Abbott Government’s latest tactic in its border protection policy.

But he says putting people in lifeboats and sending them back to Indonesia is an escalation.

Mr Natalegawa says he will inform the US secretary of state John Kerry about Australia’s actions and let officials draw their own conclusions.

Despite the issues, Foreign Minister Julie Bishop says the relationship with her Indonesian counterpart remains positive.

“We have open lines of communication and I’m constantly talking to Doctor Natalegawa. I think he said recently that we talk almost every day,” Ms Bishop says.

“It’s a very positive relationship – of course we have challenges. Neither of us want to be in position where we have to deal with the people smuggling trade.”

Earlier this month Mr Natalegawa said it was “unhelpful” to bilateral relations for Australia to keep pursuing its policy of turning back asylum-seeker boats.

He made the comments after the Australian Government said it had entered Indonesian waters without permission while trying to stop asylum seeker boats.

Immigration Minister Scott Morrison blamed the incursions on “positional errors” and said the Government took its “shared commitment with Indonesia to mutually respect the sovereignty of each nation very, very seriously”.

This prompted Indonesia to beef up naval patrols although Mr Natalegawa played down suggestions the country was going on a war footing saying they needed to ensure “things don’t get out of hand”.

Prime Minister Tony Abbott has said his Government is committed to continuing the policy of turning back boats, and lifeboats are now being used to send asylum seekers rescued from unseaworthy vessels back to Indonesia.

In January, the Government said the number of asylum seekers arriving by boat in Australia had fallen 80 per cent since Operation Sovereign Borders was introduced four months ago. 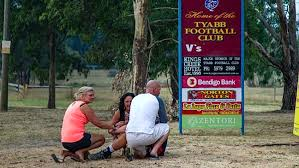 Father bashes and stabs 11-year-old son to death during cricket practice in Melbourne.

An estranged father who bashed and stabbed his son to death at a Melbourne cricket practice session started screaming “shoot me” when police arrived.

Parents and children realised something was wrong when they saw 11-year-old Luke Batty collapse while practising in the nets with his 54-year-old father.

Witnesses called an ambulance to help the boy as junior practice was winding down at the Tyabb cricket ground, on the Mornington Peninsula.

But it became clear to those still at the oval that his injuries were not an accident when the father threatened paramedics with a knife, police said.

It is believed the man had struck his son in the head with a cricket bat before stabbing him on Wednesday.

When four uniformed officers arrived minutes later, the man shouted “shoot me” and was sprayed with capsicum foam to no effect. He refused orders to drop the knife and rushed at one the officers until he was shot once in the chest, police said.

The father then fought with paramedics and police as they tried to take him to hospital, where he later died.

There were no signs of an argument between the boy and his father before the attack. But police believe the father had planned the boy’s killing and wanted to die in a suicide-by-cop.

He was known to have a violent temper and a history of problems.

Detectives said he lived in Chelsea Heights and would have needed to drive 30km to get to the Tyabb oval, all the while armed with a knife.

The boy’s mother was at the oval when her estranged husband killed their son. Rosie Batty has recalled how her son had even asked to spend five more minutes playing with his father, and she didn’t have any reason to be concerned.

Victoria’s rollout of stun guns is continuing, but the four officers at the scene on Wednesday did not have Taser training or access to the electro-shock weapons, said Police Association secretary Greg Davies.

Officers used a Taser in Ballarat to stop an armed and enraged teenager on the same day as the fatal police shooting.

“[The officers in Tyabb] were placed in a horrific situation,” Davies said. “What do people expect them to do? He’s already killed his own son and there’s potentially dozens of other children in the vicinity.”

Gill Metzen, who knew Luke when he attended the Tyabb Childcare Centre for about three years, said: “He was just a bundle of joy, he was a nice little kid.”

She said the father was known to have problems and she believed he was homeless and living in his car for a time.

Luke was in Year 6 at Flinders Christian College, which has brought in extra counsellors and chaplains.