Del Piero and the All Stars vs Juventus

Superstar Alessandro del Piero has been announced as captain of A-League All Stars side to tackle Juventus in a friendly in August.

Alessandro del Piero will play against Juventus for the first time in his career when he captains the A-League All Stars for a clash against the Old Lady in August.

Del Piero on Tuesday confirmed he will captain the All Stars for the match at ANZ Stadium on August 10.

His decision to play the match in early August also suggests that he will continue his career at Sydney FC, despite constant rumours of a move at the end of this season.

The 39-year-old spent 19 years at Juventus, captaining them for 11 seasons, scoring a record 290 goals from 705 matches.

It is the third time the Italian giants have come to Australia following previous tours in 1984 and in 2008 when they defeated Melbourne Victory 4-1.

“To have a club of the calibre of Juventus FC come to Sydney is a massive coup for football in Australia,” FFA CEO David Gallop said.
“To put it into perspective, it’s very possible that of the 24 players in the Juventus FC first team squad, 16 players could be at the 2014 FIFA World Cup representing eight different nations.
“This match will be a fantastic opportunity for fans to see the best of the Hyundai A-League line-up against some of the world’s best international footballers in our own backyard.” 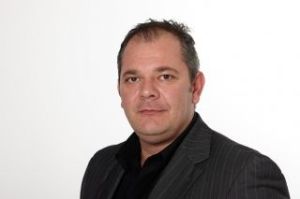 15-year-old Michael Manoussakis will be visiting Lemnos after winning the Premier’s Spirit of Anzac prize.

A family connection is what spurred Marymede Catholic College student Michael Manoussakis to enter the Premier’s Spirit of Anzac awards.

With the task of writing an entry based of the relevance of the Anzac spirit to life in Australia today, the young student decided to follow his migratory past and look into the Greek connection of World War I through his grandparents.

“Ι entered it because I am really interested about the history of the region where my family comes from,” Michael tells Neos Kosmos.

“My grandmother comes from an island next to Lemnos, Imvros, and this competition gave me the chance to focus on the Mediterranean and Europe and that interests me.”

He is now one of twelve young Victorians who will be packing their bags and heading on an overseas trip that will give them the opportunity to visit Gallipoli, the Western Front and, for the first time, Lemnos in Greece. It has been years in the making to include the island as a stop over point for the trip. Since the competition’s inception in 2004, the groups have only visited Crete in Greece and have missed the crucial point of Lemnos.

Michael’s entry was chosen out of 500 diverse entries that included essays, drawings, poems and songs.

His essay reflected the way Greece’s involvement with the Anzac soldiers paved the way for a deep friendship between the two countries and helped his grandparents eventually migrate.

“The essay that I wrote was about how the courage of the Anzacs is reflected in our multicultural society and I also spoke about the fact that if it wasn’t for the Australian forces’ involvement in the conflict in the Mediterranean, my grandparents might not have had the opportunity to migrate to Australia. It is because of the ANZACs that I am here today,” he says.

Through his research, Michael was able to uncover that his grandfather fought in both World War I and World War II and he discovered lots of first hand stories of the battle fronts.

Despite his strong interest in history, the 15-year-old student is looking towards following a career in engineering.

During the trip in April, the students will be guided by Professor Bruce Scates, an expert on World War I history.

Minster for Veteran Affairs Hugh Delahunty says this competition is one of the best ways for the younger generation to keep the story of the Anzacs alive for other generations.

“This trip will be an important milestone for each of those 12 students, and will ensure that the stories of our Anzacs are kept alive with the younger generations,” he said.

This year marks the beginning of the Anzac Centenary period and will be a time many Australians will be remembering the sacrifice both Australians and Greeks made in the war.

Entries for the Spirit of Anzac Prize in 2014-15 are now open to year nine and ten students. For more information about the awards visit www.veterans.vic.gov.au

Ethnic communities representatives opposing the changes to the racial vilification law, after their meeting with Leader of the Opposition Bill Shorten.
Photo Supplied.

Representatives of the Indigenous, Greek, Jewish, Chinese, Armenian and Korean communities are continuing their campaign to persuade Federal politicians against any repeal or watering down of Australia’s laws against racial vilification.

The Abbott government, in the name of freedom of speech, has signalled its intention to review the law in light of the Bolt case but community groups have rallied to its defence.

The Racial Discrimination Act of 1975, and specifically section 18C, makes it a criminal act to use language that insults, offends or humiliates a person on the basis of race or ethnicity.

In 2011, columnist Andrew Bolt was found by the Federal Court to have contravened sections of the Racial Discrimination Act which prohibit public conduct that is reasonably likely to “offend, insult, humiliate or intimidate” a person or groups because of their skin colour or national or ethnic origin. Bolt had written a series of articles challenging the identity and bona fides of “light-skinned Aborigines”. The Court found that the articles “contained errors of fact, distortions of the truth and inflammatory and provocative language”.

Bolt did not appeal the decision.

“We have now spoken to Federal MP’s in the Coalition, ALP, the Greens, Independents and the minor parties and have been receiving across the board expressions of support for our position”, George Vellis, Co-ordinator, the Australian Hellenic Council said this week.

“Once people understand that the existing law only applies to serious cases and requires an objective test to be satisfied based on community standards, rather than a subject test based on hurt feelings, it becomes clear that the current law has nothing to do with limiting free speech. It does not stop anybody from offending or insulting others because of their opinions or beliefs.

People can change their opinions or beliefs. But the current law does prohibit publicly offending and insulting others because of their race, which is something people cannot change.”

“Offending and insulting other people because of their race is not about persuasion. It’s about attacking their human dignity.”

George Vellis said that the breadth and depth of support for the current legislation among members of Parliament from across the political spectrum had “exceeded our most ambitious hopes”. “The Racial Discrimination Act is one of Australia’s most iconic pieces of legislation. It goes to the heart of Australia’s identity as a nation that is both democratic and culturally diverse. The Act ought not to be changed unless there are truly compelling reasons. The outcome of the Bolt case falls a long way short in that regard”.

The Australian Human Rights Commission received in 2012 a 59 per cent increase in complaints about racial abuse in the work place, on radio, on public transport and elsewhere, while the complaints per year in relation to alleged violations of the right of freedom of expression are less than five.

NATIONAL coach Ange Postecoglou has brushed off speculation that one of the venues for Australia’s World Cup games could be axed, declaring he has more important things to worry about in the lead-up to the finals in Brazil in June.

The Socceroos, along with World Cup champion Spain and six other countries, face the possibility of their preparations being thrown into disarray amid unconfirmed reports FIFA could strip the city of its right to host matches.

It has been suggested the stadium in Curitiba, which is being renovated, is behind schedule and unlikely to be completed in time. A photograph taken late last month showed there had been no turf laid on the pitch while some of the stands looked bare of corporate and media facilities.

In a situation that smacks of political opportunism, it is also believed the city claims it has no more money to fund further improvements.

Australia is due to play Spain at the venue on June 23, while another three games have also been scheduled there.

FIFA is expected to make an announcement today with secretary-general Jerome Valcke playing down the concerns on Twitter.

“As announced many times, decision on Curitiba will only happen on 18 Feb. Rest pure speculation by people who just want to create rumours,” he tweeted yesterday.

An FFA spokesman suggested it was too far gone for FIFA to change the venue as it would cause huge problems in terms of ticketing, hotel accommodation and flights not just for the eight teams that have to play there but for fans as well.

Postecoglou was unconcerned when he attended yesterday’s unveiling of the Socceroos’ official World Cup strip for Brazil.

“I’ve heard nothing,” he said. “I’m off to Brazil tomorrow to check some training bases and stuff like that, but I won’t be looking at the venue.

“As far as we know, everything is going ahead and we will be there. When I was there in December the stadium was almost complete, so we’d be surprised if they are still having issues.” Postecoglou said his main thoughts surrounded selection of the 23-man squad and getting the preparation and pre-Cup friendlies sorted.

“We will play in the car park if we have to,” he said. “I’ll leave that stuff (about Curitiba) to other people to sort out.”

Of more concern for Postecoglou, who arrived back last week after a month in Europe scouting players, is the preparation for the friendly against Ecuador in London next month.

Significantly, he has promised “a bit of a new-look” side for the game. The likes of Brad Smith (Liverpool), Bailey Wright (Preston), Massimo Luongo (Swindon), Chris Herd (Aston Villa), Shane Lowry (Millwall), Curtis Good (Newcastle United), Jackson Irvine (Kilmarnock) and Ryan Williams (Oxford United) could all be in contention.

“It’s not about where the players come from,” Postecoglou said when asked if he would include a number of A-League players. “It will be a bit of a new look, some new faces and some people getting an opportunity whether they are from the A-League or overseas.

“Definitely the more I have thought about it, this game gives me the chance to try a few things … and I’ll do that.

“I think it is the last chance for experimenting. Beyond that Ecuador game there is nothing left. I’ve got to announce pretty much a squad of 30 by the beginning of the camp in May.

“I have to go with my gut instinct so there are a few I want to look at.”

Postecoglou was adamant that any player who missed out on the Ecuador game would still be in the running for a spot in Brazil.

“If a player misses it does not mean he will be ruled out,” he said. “There are a couple of players I know really well that I might not select, but I am not putting a line through them.”

Postecoglou could not add to the situation regarding captain Lucas Neill, who is still without a club.

“No, I haven’t spoken to him or any other players,” he said.

“I am trying to stick to what I have said all along, that players playing regularly and playing decent football … it is important I give them an opportunity.”