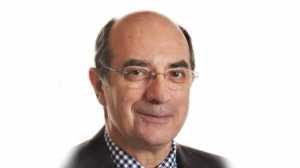 Among the hundreds of people awarded an Order of Australia this Australia Day in recognition of their outstanding service both locally and abroad, at least seven were of Greek background.

With Prime Minister Malcolm Turnbull having scrapped knights and dames from the Order of Australia last year, those awarded fell under just four categories.

Professor Minas Theodore Coroneo from Vaucluse, New South Wales received the Australian Order (AO) in the General Division, for his distinguished service to ophthalmology (study of the eye), along with his contribution to the research and development of innovative surgical technologies and devices, and to maintaining eye health in regional and Indigenous communities.

During an interview with SBS, the professor expressed his gratitude for the honour, and said he only wishes that his parents were still alive to witness his achievements, which he attributes to their hard work and determination to educate their children.

Also a recipient of an AO was George Pappas from Hawthorn, Victoria. Mr Pappas was awarded for his distinguished service to the community through roles with tertiary education, medical research and defence organisations, in addition to his ongoing contribution in business, namely management consulting.

Awarded under the third category as a Member of the Order (AM) was Queensland’s Dr Vlasis Pitsonis Efstathis, who was recognised for his service in the community health sector, through leadership roles with a range of organisations, and to medicine as a practitioner.

*Please note, there may have been other prize winners of Greek origin who were not identifiable due to name changes.