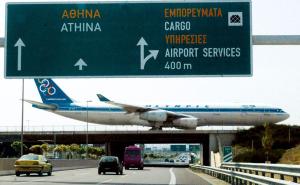 A special study by the Bank of Greece on Wednesday showed that 223,000 young people left the country from 2008 to 2013 in search of a better future abroad, constituting the so-called “brain drain.”

The results of recent research point to the vast majority of people aged between 25 and 39 years who left the country in the first five years of the Greek recession being single and with a university degree. The young Greeks left not only due to unemployment and adverse economic conditions but also because of state’s failure to provide and generate opportunities for professional evolution.

The Bank of Greece study revealed that the momentum and magnitude of the phenomenon makes it essential to record its characteristics and to investigate the factors that are in play before analyzing the negative consequences for the local economy.

The main characteristic identified is that it mainly concerns the section of the workforce that is healthy, educated and specialized, and has high mobility and employability rate.

The central bank also attributed the growth of the brain drain to the failure of the local education system to produce high-quality human capital and to the inability of the domestic economy to hold on to and attract talented workers.