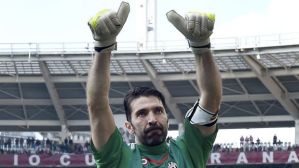 Italian champions Juventus have spared 13 players the trip to Australia for the International Champions Cup following their European Championship exploits.

Italy skipper Gianluigi Buffon and France midfielder Paul Pogba are among those given an extended break by the Serie A giants, thus missing their two Melbourne dates this month.

It means Argentina striker Paulo Dybala, on-loan Moroccan defender Medhi Benatia and Bosnian midfielder Miralem Pjanic will spearhead their side for matches against Melbourne Victory (July 23) and Tottenham Hotspur (July 26) at the MCG.

The absences are not surprising given the taxing schedule of Juve players over the last 12 months.

From the club’s first pre-season match in July 2015 through to the end of the European Championships this month, seven Italian internationals were eligible for 71 matches for club and country.

New signing from Barcelona Dani Alves will also not travel according to Juventus’ website.

With 13 players, including Bayern Munich two-year loanee Kingsley Coman, in action at Euro 2016, Juventus provided more players than any other club.

They will still provide a stern test for Victory and English Premier League Tottenham – who finished third last season – their highest spot since 1989/90.

Dybala, 22, scored 23 goals for Juventus if his first campaign for the club and is widely considered to be one of the next global superstars of the sport.

Pjanic returns to Melbourne in black and white stripes after turning out last year in the red and gold of Roma.