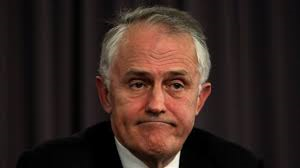 Malcolm Turnbull has assured Australians he can deliver stability but after a stinging rebuke from voters, the fate of his government may not be known for days and the Prime Minister is staring down an internal push from conservative MPs for the return of Tony Abbott to the ministry.

With the final lower house seat count from the knife-edge election unlikely to be clear until the end of the week, anger is growing within the Coalition over its massive reversal of electoral fortunes, which has ended the careers of three ministers, stymied industrial relations reforms used to justify the double dissolution, and dealt up an even more unruly Senate crossbench.

Three outcomes remain possible from the election, including a razor-thin Turnbull majority if seats in doubt tumble its way, a hung parliament in which neither side has a majority, and another election is even an outside possibility if a clear winner cannot be determined.

On Sunday night, Labor took an unexpected lead in the two-party preferred vote after an update on the Australian Electoral Commission’s website.

It showed the swing away from the Coalition had risen to 3.7 per cent, putting Labor in the lead by a wafer-thin margin.

But veteran ABC election analyst Antony Green explained the change by claiming the AEC data excluded the 2PP count from the 16 closest electorates.

An analysis by Fairfax Media put the result of the count so far as 71 Coalition seats, 65 for Labor, five independents, one Green and eight seats in which the count is too close to call.

Both Mr Turnbull and Bill Shorten began courting the crossbench on Sunday, with horse-trading likely to ramp up in the week ahead.

The political earthquake delivered by voters on the weekend sparked leadership ructions on both sides with suggestions that the Left’s Anthony Albanese could yet contest the ALP leadership against Mr Shorten despite Labor’s stronger than expected performance – assuming it fails to form a majority.

But Mr Shorten declared on Sunday he had “never been more certain of my leadership than I am this morning”. He received the strong backing of deputy leader Tanya Plibersek and sources close to Mr Albanese indicated that, given Labor looked to have gained at least 10 seats and possibly several more, a challenge was unlikely.

Mr Shorten said: “What I’m very sure of is that, while we don’t know who the winner was, there is clearly one loser: Malcolm Turnbull’s agenda for Australia and his efforts to cut Medicare. We want to make the 45th parliament work.”
The Opposition Leader restated he would not do a deal with the Greens.

Shock and disappointment within the Coalition is threatening to morph into an outright insurrection, with MPs and senators grumbling about Mr Turnbull’s performance and openly challenging his intention to deny Mr Abbott a return to the frontbench.

Conservatives are also gunning for Assistant Treasurer Kelly O’Dwyer over superannuation changes announced in the budget and for which she is being blamed for a backlash in the Liberal heartland.

Two Liberal senators, WA’s Chris Back and Queensland’s Ian MacDonald, told Fairfax Media the Prime Minister should reach out to the conservatives and restore Mr Abbott to the ministry as a gesture of good faith and to rebuild party unity.

Mr Back told Fairfax Media that if Mr Turnbull formed government he should “look for the best skills to take the country forward”.

“I would be very surprised if Malcolm did not believe that Tony has the skills needed for the frontbench,” he said.

Senator MacDonald said the decision to call the early double dissolution was a political mistake, would lead to a “more chaotic Senate” and that “clearly, dumping Tony Abbott had spawned a resurgence of parties on the right”.

“First of all we have to see if we can form a ministry, but yes, I would expect Tony should be in there,” he said.

But Mr Turnbull said on Sunday he was “not proposing to bring back any particular individuals” even as he conceded there would have to be changes to his frontbench and positioned himself as the man to provide stable government in a deeply divided parliament.

“The focus is on completing the count, on ensuring we know who is in the parliament and then we can settle the form of the government after that,” he said.

“One million postal votes have not been counted at all. So they are a complete unknown in that respect. There are a lot of votes that remain to be counted. The counting has to be complete but it is my commitment to the Australian people to do everything I can to ensure that the next Parliament serves them.”

South Australian senator Nick Xenophon, who is set to see his NXT party claim the seat of Mayo from the Liberals, is still challenging in Grey and three Senate spots, said he would back whomever would form stable government.

Senator Xenophon said his incursion into Labor and Liberal territory had “broken the duopoly” of the major parties but that he would not consider any formal coalition arrangement, nor a spot in a ministry.

A third conservative MP, however, said the Prime Minister should promote the next generation of conservatives such as Victorian Michael Sukkar and the ACT’s Zed Seselja to fill the vacancies created by the exit of Turnbull-supporting junior ministers Richard Colbeck, Wyatt Roy and Peter Hendy.

“The 2019 election will be decided in the next six months – it depends on which party implodes first. We have to lock in now, as happened for [John] Howard in 1998.”